A day out in the Greater Manchester (GM) area with members of my local U3A group recently enabled me to get a good cross section of images.

I live in Derbyshire and am able to buy the ‘GM’ ‘Wayfarer’ ticket on the train. The Wayfarer being a go anywhere on any transport mode day ticket. The nearest railway station for me being at at the Southern end of the ‘GM’ area is at Grindleford.

The ‘Wayfarer’ ticket is excellent value for money at £12 for adults and £6 for child and seniors concessions.

A look at any of the many maps that GMPTE have online will give a flavour of what is available.

Our main transport around ‘Greater Manchester’ was provided by the tram. For more details of the trams see my blog regarding the ‘Scene’ in Eccles published 28th. of September.

Rochdale has a new ‘Interchange’ (I must not call it a bus station) which is right across the road from the tram stop (sorry, Light Rail Vehicle terminus).

The interchange was opened in 2013 and as these places go is very good. There seems to be plenty of space for the buses and the passengers seem well looked after. I wish I could say the same for some other recent bus stations (Sorry interchanges) that I have recently visited. 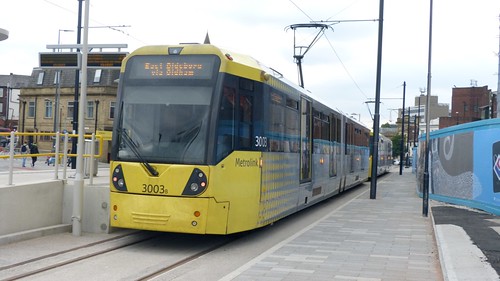 Painted in the traditional colours of Rochdale Corporation Transport (RCT). I say traditional but my memory of ‘RCT’ is of a much lighter colour than the cream used here, almost white.

However, I am sure someone at ‘FGM’ checked and it is good that they made the effort.

As with other ‘First’ group fleets, ‘Barbie’ is lingering on and some of the older buses in the fleets might never make it into the new colours before they are withdrawn.

A Volvo Olympian with Northern Counties Palatine bodywork which at one time worked for ‘First’ in South Yorkshire.

By coincidence, I recently photographed this bus in Bolton and it also appears on my ‘Bolton Buses 1’ blog dated the 1st of August 2014. 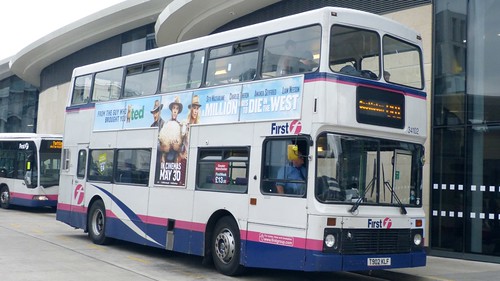 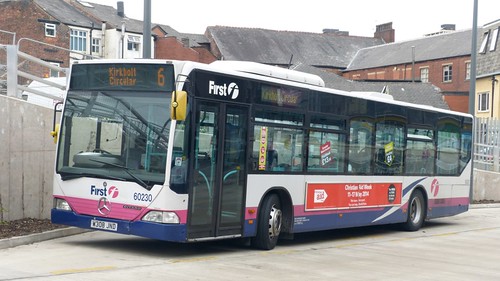 The ‘FGM’ new livery was also on display 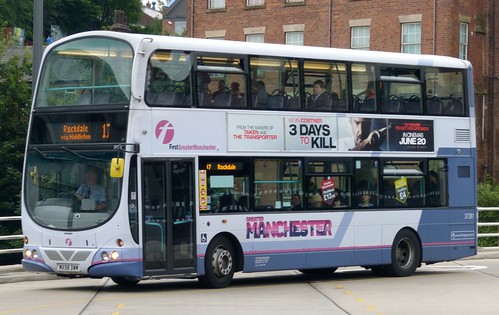 Another Optare Solo this time a 950.

At one time this bus worked on the ‘Metroshuttle’ Free to all service in and around the centre of Manchester. 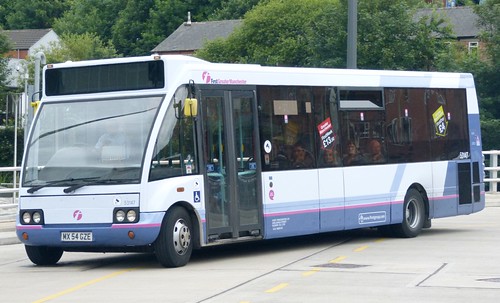 It seems a bit odd that a Halifax in Yorkshire based bus is working a service from Rochdale to Burnley both in Lancashire. However the blind does say via Todmorden which is in Yorkshire.

As with other centres in Lancashire ‘Rossendale Transport’ (RT) puts in an appearance.

A Dennis Dart with Alexander ALX 200 bodywork. On its way to Bury, it is painted in the old ‘RT’ livery that dates from the mid 1990’s. This bus has been withdrawn since this image was taken. 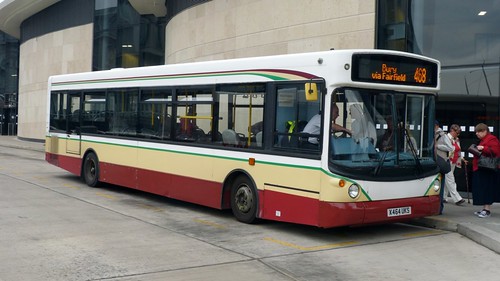 In the same livery is YJ05 JWG. An Optare Solo Slimline model M880. 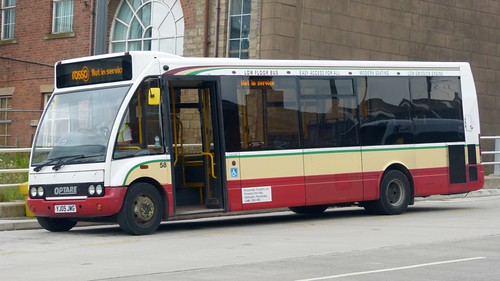 A Scania N94UD with Wright Solar bodywork that was previously in the fleet of ‘Reading Transport’.

‘RT’ are currently going through a re branding exercise using the name ‘Rosso’ and this image illustrates the single deck version of the new livery.

An excellent article about ‘RT’ by David Barrow appeared in ‘Buses’ magazine for June 2014 on page 38.

A Volvo B7TL with Plaxton President bodywork which originally worked in London for  ‘Metroline’ and was supplied to ‘RT’ by ‘Ensignbus’.

The double deck version of the livery looks good on what is a relatively old vehicle. 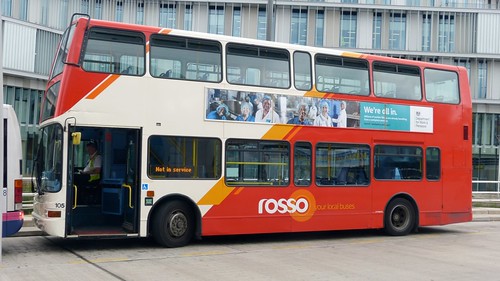 Seeing out its days in ‘RT’ service having been previously operated by and in the livery of ‘Metrobus’ of Orpington in Kent who are part of the ‘Go-Ahead Group’. 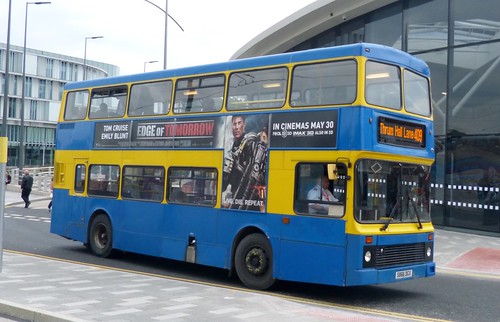 An Optare Solo M920 of ‘Stotts of Oldham’ working on the Free to all Town Centre service.

It previously worked in Lancashire for ‘Vale of Manchester’ who were taken over by ‘JPT Bus Company’ who in turn became part of ‘Stagecoach’ group earlier in 2014. 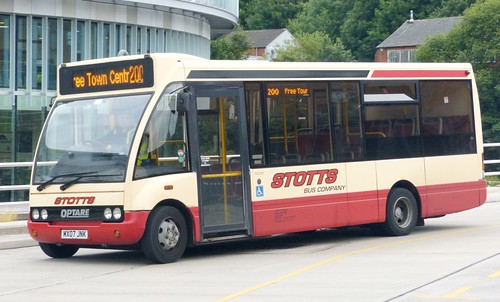 ‘YT’ appears to be the operating name of the ‘Centrebus’ (Cb) and ‘Huddersfield Bus Company’ (HBC) operations in West Yorkshire. ‘HBC’ being part of ‘Cb’.

All of which explains the ‘Cb’ livery on the vehicle. They just have not got round to repainting it yet. 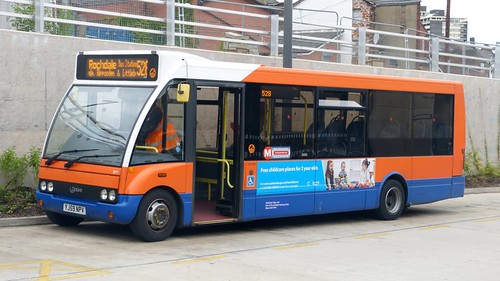 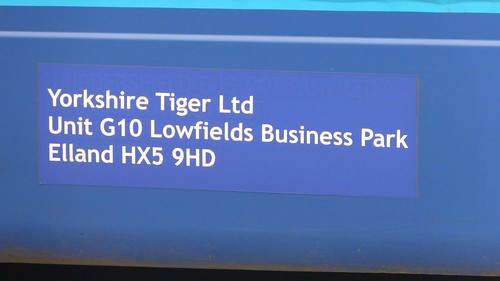 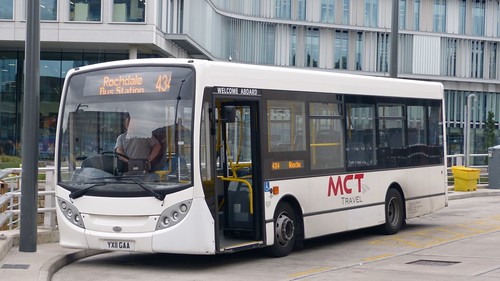