I have been attending these shows for some years now and I am always impressed with the effort that manufacturers put into their products.

I will not attempt to cover the show in any great detail. That has and will be done by the professional magazines. Instead, I will focus on the bits that appealed to me.

The last two years or so has seen both the ‘Stagecoach’ and ‘Arriva’ introduce their up market bus brands that stop short of being coach standard but are a definite improvement on standard buses. These  being ‘Stagecoach Gold’ and ‘Arriva Sapphire’.

In days gone by, they might well have been termed ‘Dual Purpose’

I thought that the other big groups might follow, so it comes as a bit of a surprise to see one of the smaller companies go down the same path.

These are for use on their service 88 from Altrincham to Knutsford via Wilmslow and Wilmslow Rail Station which is funded by Cheshire East Council.

I would think that in an affluent part of the world that this is, it would take something a bit special to convert car drivers to customers. These ‘buses’ could well do the trick.

I was a bit surprised that this bus only made it into the outside demonstration area at the NEC. I would have thought that it would have been more at home inside. 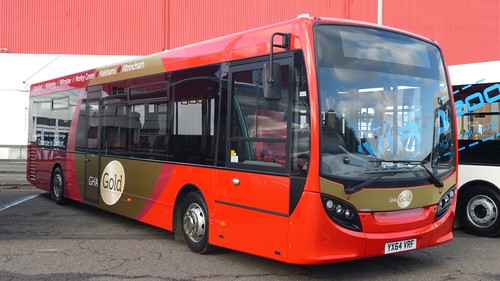 Apart from the usual leather seats, free wi-fi, wood effect flooring and audio visual stop announcements there is a table with 4 seats that face each other. I can well imagine that these seats might well become perches for some of the well heeled local ladies whilst comparing their purchases on their way home from a shopping outing in Manchester.

Well done GHA, something a bit different that deserves to succeed. 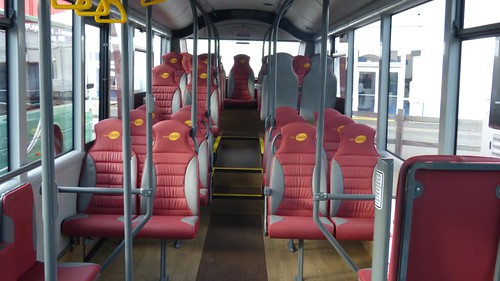 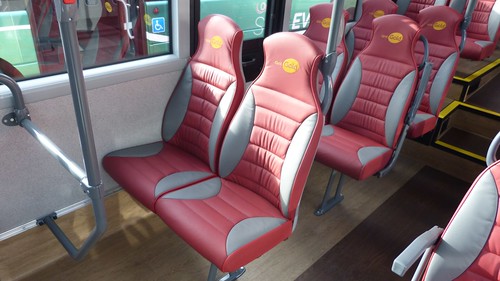 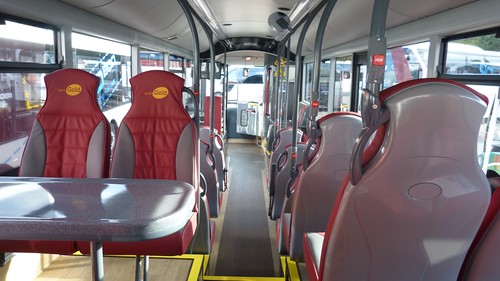 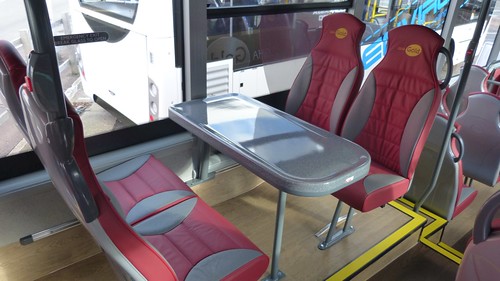 Posted by Dennis Basford's Rails, Roads and Runways at 11:58