A few days holiday based in Weymouth allowed me to have a look at what goes on in that part of the world. The Coaches and Buses of the Southwest have featured in earlier ‘blogs’.

A visit to Dorchester market gave me a few minutes to sample the local bus interest.

The Optare Solo is inevitable these days wherever you go. The two here although they are seen in different liveries both work for the same operator

Working for ‘Damory’ who are a subsidiary of ‘Wilts & Dorset’ who in turn are owned by the ‘Go-Ahead’ group.

It started its career with ‘Green Triangle’ (GT) of Atherton in Greater Manchester. GT joined with other operators to become ‘South Lancs Travel’ with whom the bus was registered K3 SLT. 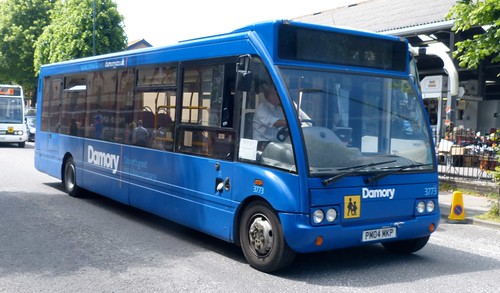 Current ownership is the same as PM04 MKP. It was new to ‘Britannia Parking’ in Bournemouth before moving to ‘Evans’ (Eazi Bus) of Bromborough on Merseyside before joining ‘W & D‘ in 2011. 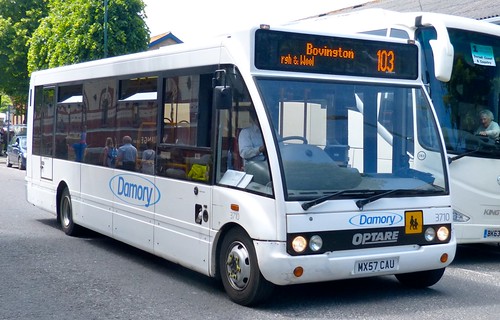 A Volvo B7RLE with Wright Eclipse bodywork. Operated by ‘First Hampshire & Dorset’ working on the frequent No.10 Weymouth service. 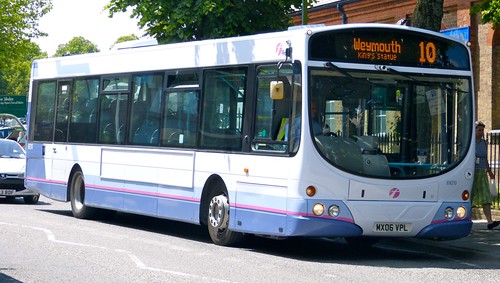 An Optare hybrid in the service of ‘Dorset County Council’ although operated on their behalf by ‘Go-Ahead South Coast’ who’s fleet number it carries (3820). 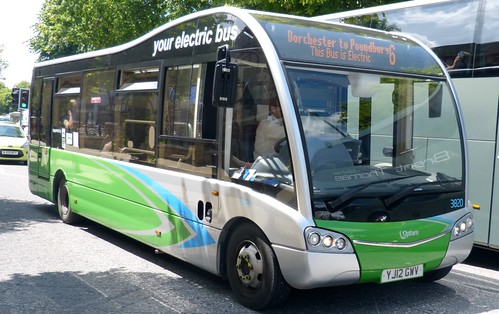 A Neoplan N516HD Starliner of ‘Johnson Brothers Tours’ (hence the registration) of Worksop in Nottinghamshire. A superb vehicle. 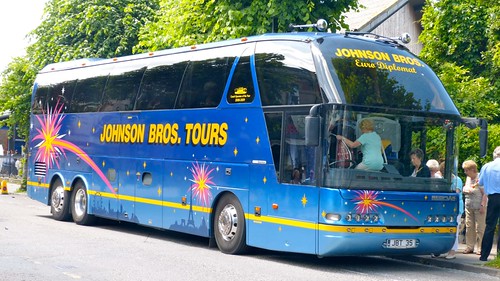 A King Long XMQ6127 operated by ‘Baker’s of Biddulph’. One of a batch of 3 with Bakers. The others being  ZSZ and ZSX with ZSZ being the XMQ6120 model (it seats 4 more passengers).

Other ‘Bakers’ buses can be seen in my Blog of 20 July 2014 titled ‘Scene’ in Hanley Bus Station, The independent operators. 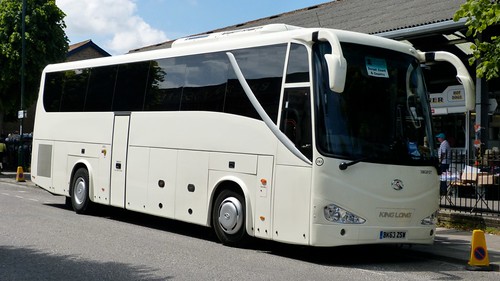 A MAN 18.400 with Beulas Cygnus bodywork. Now operated by ‘Slacks Holidays’ of Matlock in Derbyshire, at one it time worked for ‘Sea View Coaches’ of Poole.

The Cygnus is unusual because the driver has a full size offside door to his right which mirrors the normal main passenger access door on the nearside.

Posted by Dennis Basford's Rails, Roads and Runways at 18:38