It is now one year since ‘Doyle’s shut down. I do not know why they did.  What I do know is that for a period of 25 years or so, they brought extra colour and interest to the East Midlands transport scene.

The early buses in the fleet were a beige colour and some never made it into fleet livery. In addition one or two appeared in advertising liveries.

I was fortunate to meet Mr. Doyle on a number of occasions. The first time was on a ‘Transpire’ (The Chesterfield Bus Society) visit to his premises in Alfreton. It was an evening visit and he was kind enough to conduct us around and then to give us the run of the place to take whatever pictures we wanted. Some of them appear here.

I have dealt with the other liveries in additional blogs. See blogs dated 14 and 16 January 2015.

It was built for ‘Trent Buses’ and fitted with Dual Purpose seats. One of 7 so built the other 18 being bus seated. The thinking was that they could be used on long, thinner routes where a bit more comfort was desirable.

This particular bus worked for some time on the ‘Ilkeston Flyer’ service and another, R275 RAU worked on the X38 service from Derby to Burton-on-Trent.

I don’t know wether any other ‘MB’s made it into the green livery. 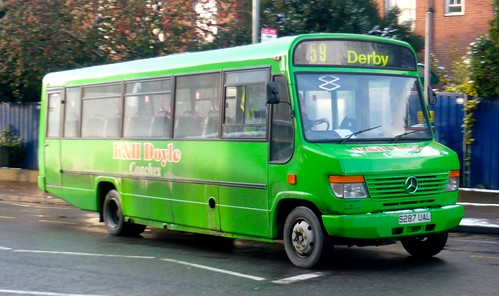 A Dennis Dart with UVG Urbanstar body is seen waiting departure in Belper. The Urbanstar  was also marketed as the ‘Caetano Compass’. 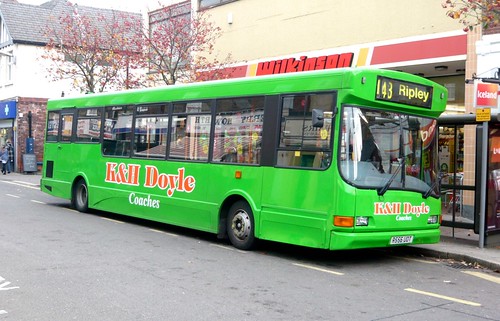 A Dennis MPD Dart with Plaxton Pointer 2 bodywork seen in Ripley. It has since gone on to work for ‘Leven Valley’ in the Middlesborough area. 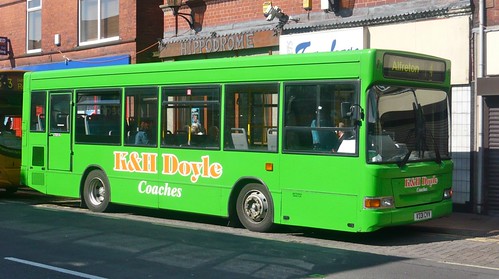 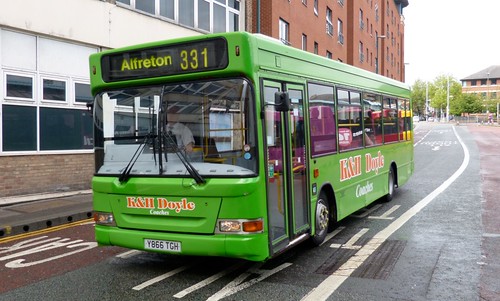 Another of the same albeit the longer version. This time seen in Mansfield’s new (April 2013) bus station.

Prior to being with Doyle’s it worked for ‘Bus Eireann’ in Southern Ireland registered 00-D- 84191.

Since leaving Doyle’s it has moved on to ‘Ridgeways of Glamorgan’. 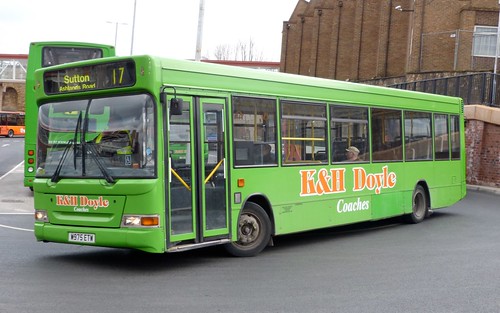 A further Dart/Plaxton vehicle seen in the Alfreton depot.

New to ‘Limebourne’ in London. Before Doyle’s it had worked for ‘Metrobus’ in London and after Doyle’s it moved to

‘Irvine of Law’ in Scotland. 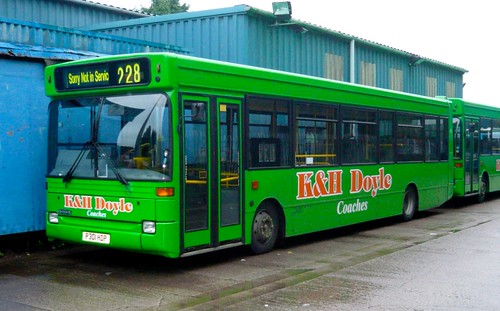 An Optare Solo seen at the Queens Medical Centre in Nottingham.

Before joining Doyle’s it had a spell with ‘Wilfreeda Beehive’ operating in the Doncaster area. 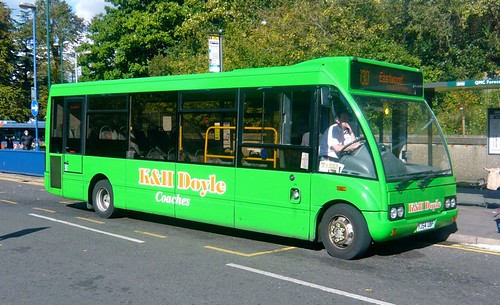 An Optare Solo seen outside Derby’s Council House. At one time it worked for ‘Fair Rider’ of Huddersfield. It subsequently went to work for 'McEwens' of Mansfield on some of Doyle's former routes..!

Two Optare Solo’s (almost) for the price of one seen in Sutton-in-Ashfield bus station. Formerly with ‘Courtney’, Bracknell. W296 EYG used to work for ‘EST’ Buses in South Wales. 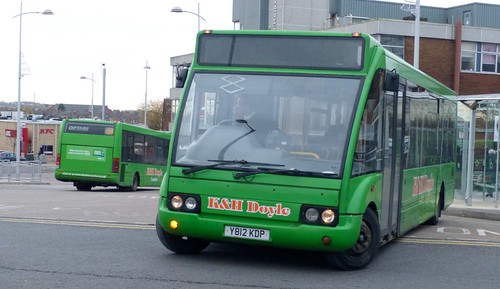 An Optare Solo seen in Derby bus station. At one time it worked in Perth for ‘Stagecoach’ and for ‘The Harrogate Coach Company’.

The front side of this bus as opposed to its backside 2 images up. Seen in Sutton-in-Ashfield again. 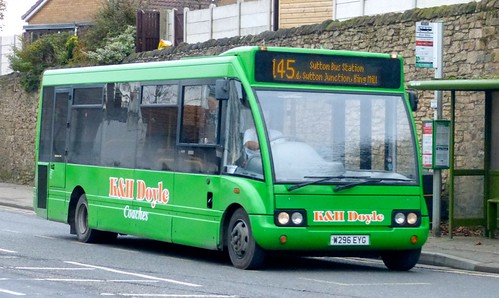 A Plaxton Pointer 2 bodied Dennis Dart on its way from Ilkeston to Derby.

New to ‘Limebourne’ in London, It then went to ‘Metrobus’ also in London from where it was loaned for a time to ‘Go-Ahead London’ before coming to Doyles’ in 2009.

It has since moved to Scotland with ‘Irvine of Law’. 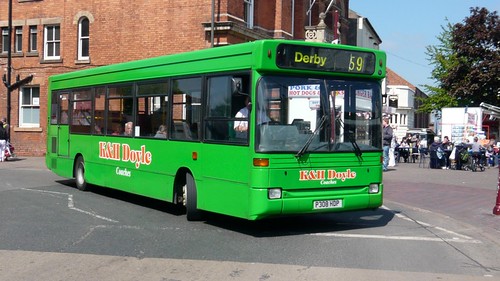 It previously worked as fleet number TA 83 for ‘Metroline’ in London.

Since leaving Doyle’s it has been reported as working in Worthing for ‘Compass Bus’ entering service in ‘Doyles’ livery.