‘Scene’ in the fleet K & H Doyle of Alfreton part 1

It is now a year since ‘Doyle’s shut down. I still do not know why they did. What I do know is that for a period of 25 years or so, they brought extra colour and interest to the East Midlands transport scene.

The early buses in the fleet were a beige colour and some never made it into fleet livery. In addition one or two appeared in advertising liveries.

I was fortunate to meet Mr. Doyle on a number of occasions. The first time was on a ‘Transpire’ (The Chesterfield Bus Society) visit to his premises in Alfreton.

It was an evening visit and he was kind enough to conduct us around and then to give us the run of the place to take whatever pictures we wanted. Some of them appear here.

I will look at the other liveries in future blogs.

A Mercedes-Benz (MB) 709D with Alexander bodywork that in its early days worked for ‘Stagecoach’ in Scotland. Pictured in Belper. 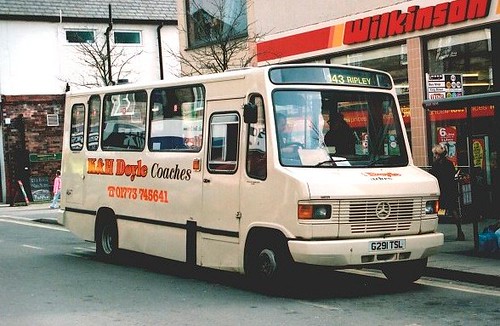 An Optare Solo in an all over livery proclaiming the delights of Tesco’s Ilkeston store seen leaving Nottingham’s Victoria bus station on service 331 to Alfreton.

Previous to service with Doyle’s it had worked for ‘Super Travel’ on Merseyside and has since gone to the ‘GHA’ group in North Wales. 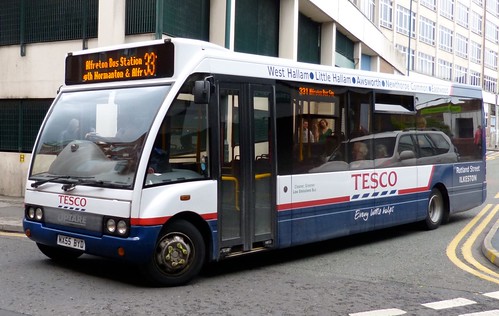 A ‘MB’ 814 Vario with Plaxton bodywork which although retaining its lime green bonnet is otherwise advertising the wares of a local computer supplies company. Previously with ‘Hutchinson’ Easingwold. Seen in Alfreton.

A Toyota Optimo dating from 1998. Seen at the Alfreton depot. 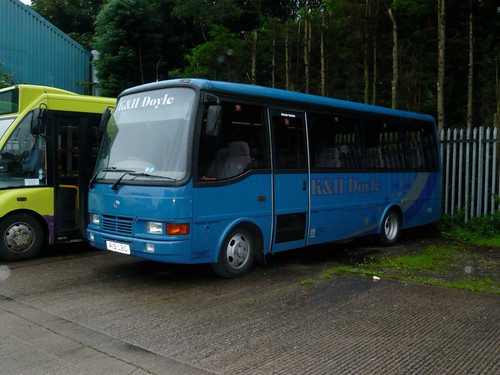 A Neoplan N116 Cityliner dating from 1985. A previous operator was ‘TRS’ of Leicester. Seen at the Alfreton depot. 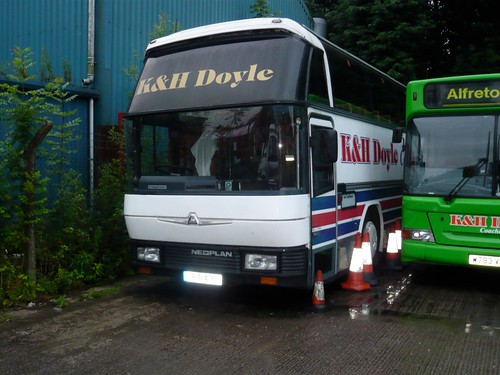