Earlier this year, I had a day out on the North Norfolk Railway (NNR) which runs from Sheringham via Weybourne to Holt. The day was a father’s day outing paid for by my son Andrew and his wife Joy.

We got there by way of ‘East Midland Trains’ from Nottingham to Norwich and then by ‘abellio-greateranglia’ to Sheringham.

This unit carried us to Norwich. The journey was painfully slow, arriving something in the region of 50 minutes late.

The Class 158 is a product of Derby works being built between 1989 and 1992.Totaling 182 units built, they are my favourites amongst the various modern diesel units being fast (normally), warm and comfortable. 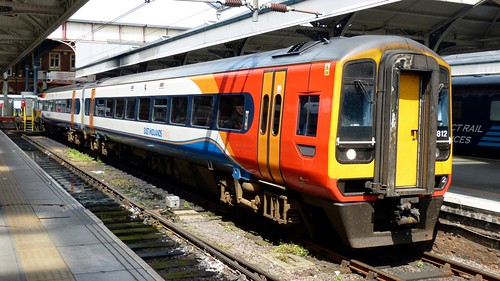 Norwich is at the end of a fast connection into London terminating at Liverpool Street.

The services are run with class 90 electric loco’s and Mark 3 coaches in push-pull mode with the loco at the London end.

Although not currently named, it has in the past carried ‘ The Law Society’ and ‘The Evening Star: Pride of Ipswich 1885 to 2010-125 years of serving Suffolk’. 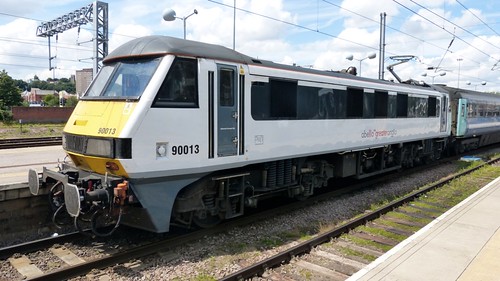 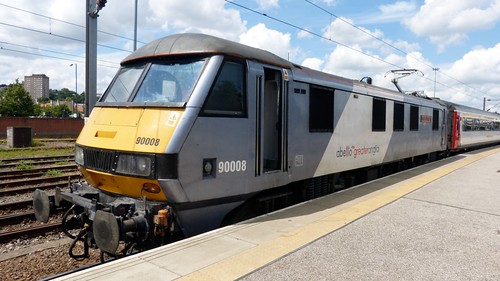 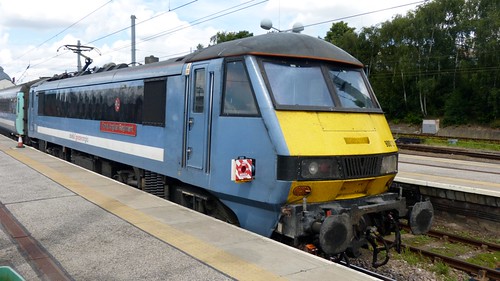 The coaches used are standard Mark 3’s which are a comfortable ride. 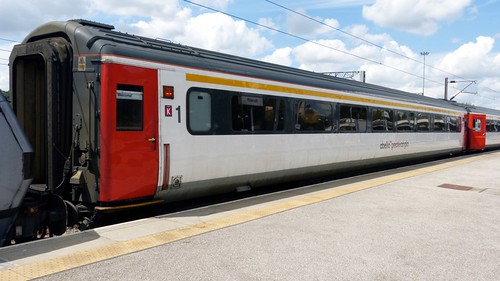 The ‘country end’ of these trains is provided with a Driving Van Trailer (DVT). The batch of which 82152 is a member of were built by Derby works in 1988. Used initially by  ‘Virgin Rail’ on the West Coast Main Line before being cascaded East with the introduction of the Pendolino fleet on that route. 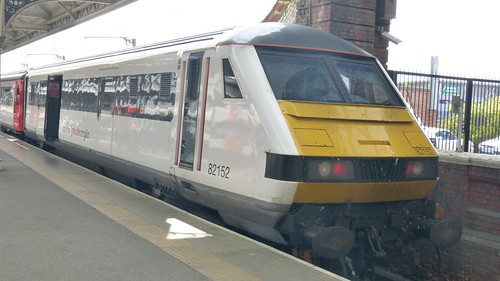 Seen on the buffer stops at Norwich. Another Derby product. One of a batch of 4 sets (170 270 to 273) built by Bombardier in 2002 specifically for the then ‘Anglia Railways’ Norwich -Peterborough services. 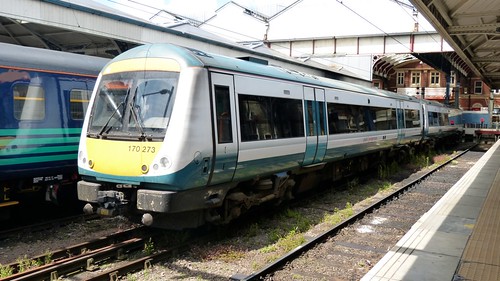 Seen at Sheringham after carrying us there from Norwich. Another product of the late 1980’s this time built by Metro Cammell and designated as a ‘Super Sprinter’. One of 114 two car sets produced. 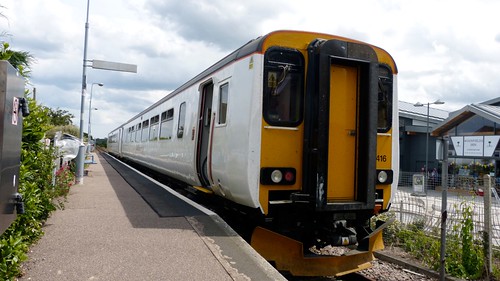 Operating Norwich-Great Yarmouth shuttles due to a lack of suitable DMU’s were a pair of  ‘Direct Rail Services’ (DRS) Class 47 loco’s operating in top and tail mode with a couple of ‘DRS’ liveried coaches. These were the first ‘DRS’ livered coaches I had seen.

The history of the Class 47’s is to long to recount in any detail here. Suffice to say, they were a product of the 1950/60’s and became one of the most successful of the U.K. diesel classes produced.

Produced by Brush and powered by engines that were built by Sulzer of Swiss origin. 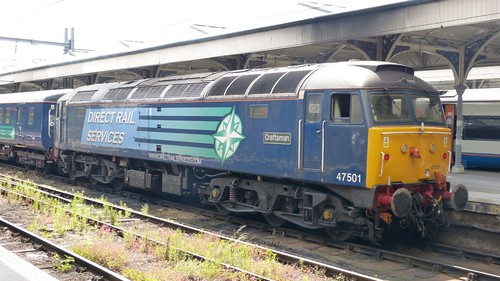 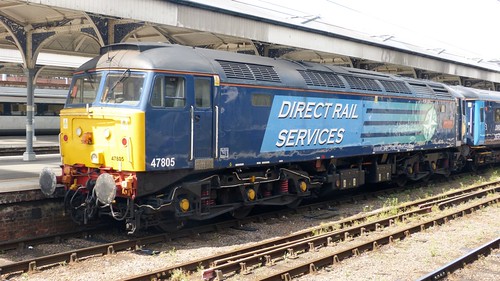 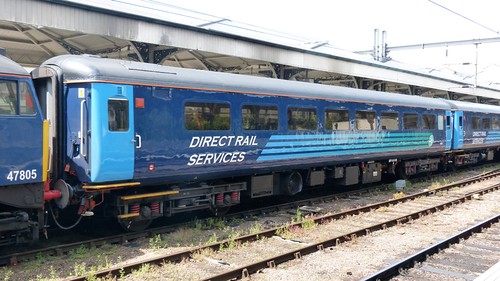 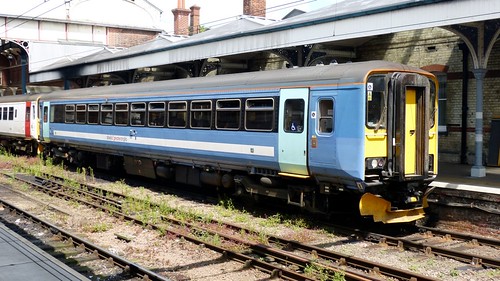 Andrew spotted this. Norwich possesses neither subway or footbridge access......!

Posted by Dennis Basford's Rails, Roads and Runways at 20:50