Most of my images in Nottingham come from on the streets but on this occasion, I positioned myself at the Broadmarsh Bus Station.

Inside, it is dark and gloomy whilst outside, you are shooting across several lanes of traffic. Admittedly the traffic is light controlled but you do need to be quick.

All of the images in this blog apart from the last one feature buses operated by ‘trentbarton’ (tb).

This one is covering an i4 journey which is usually operated with branded Optare Tempo 2’s (See blog 5th. March 2015). 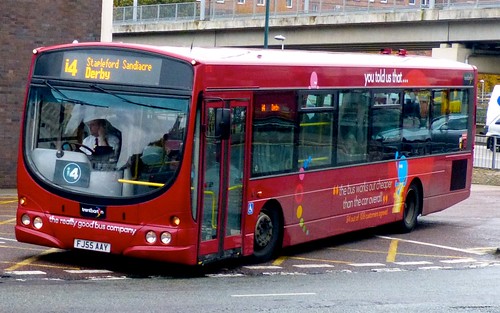 A similar Wright, (an Eclipse) body but this time on a Volvo B7RLE chassis.

Route branded for the ‘indigo’ service.One of a number of services that links Nottingham to Derby. Unusually in the East Midlands, it operates 24 hours a day. 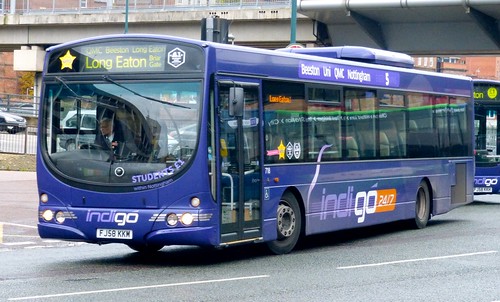 Another Scania/Wright combination wearing the ‘SUPER HEROES’ livery. Operating an ‘indigo’ service in lieu if one of the Volvo’s. 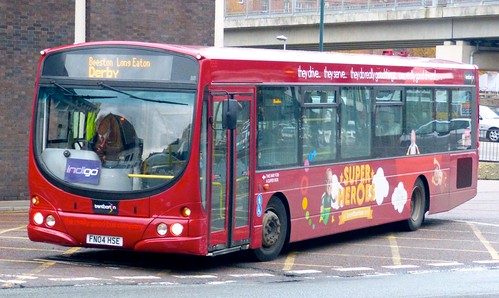 Optare’s Solo has featured large in the fleet with over 100 samples having been bought.

One such a Solo SR is seen leaving on its way to Ruddington. 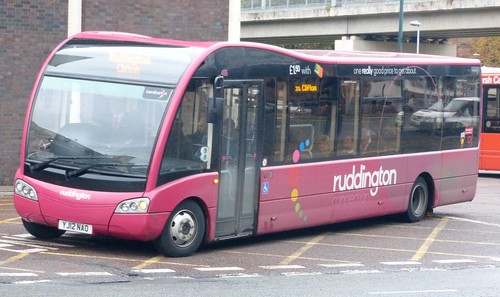 One more Solo SR on a ‘greens’ service to Radcliffe.

The ‘greens’ are a series of routes that pass through Radcliffe and then by route variations terminate at Bingham. 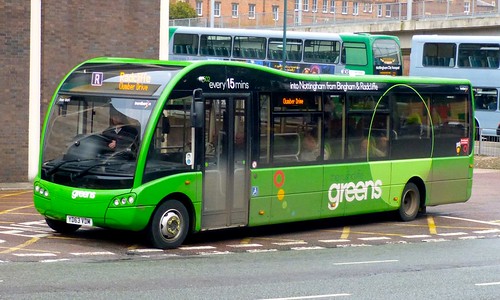 Another ‘greens; departure but this time in the hands of an earlier Optare Tempo 1. 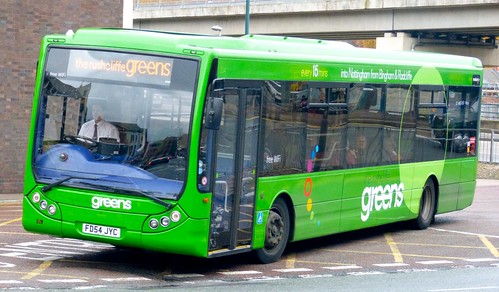 A quartet of Scania L94UB/Wright Solar Urban’s operating in a mixture of route branded liveries. 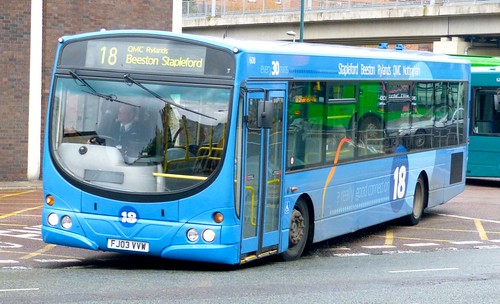 On the ‘skylink’ service linking Nottingham with the East Midlands Airport. 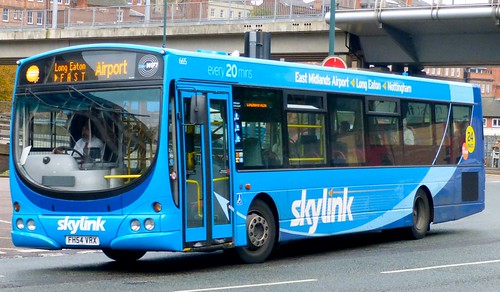 On its way to Cotgrave via west Bridgford. 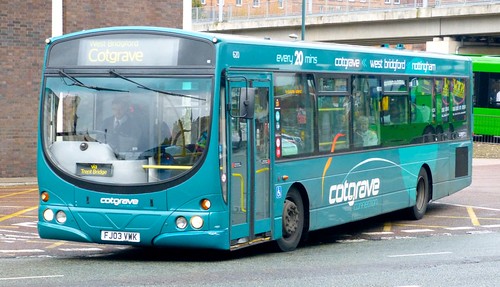 Working on service 21. This is usually worked with route branded Optare Tempo 1’s. 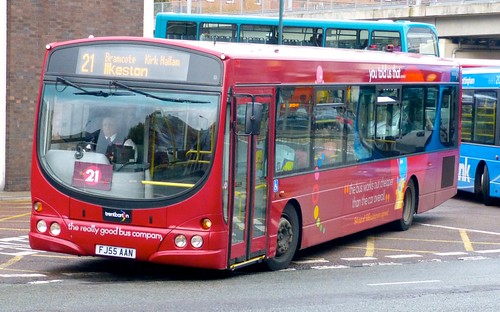 A Mercedes-Benz Citaro working for Heanor based ’yourbus’ that happened to pass by. 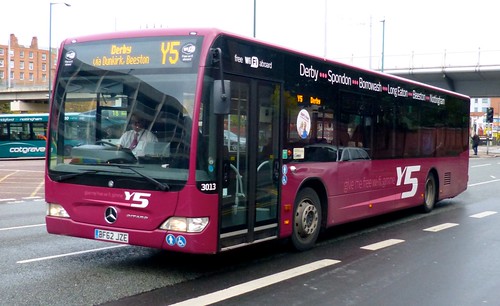 Posted by Dennis Basford's Rails, Roads and Runways at 16:17