A day out in the Greater Manchester (GM) area with members of my local U3A group recently enabled me to get a good cross section of images.

I live in Derbyshire and am able to buy the ‘GM ‘Wayfarer’ ticket on the train. The nearest qualifying railway station for me being at Grindleford.

The ‘Wayfarer’ ticket is excellent value for money at £11 for adults and £6 for child and seniors concessions.

A look at any of the many maps that GMPTE have online will give a flavour of what is available.

The first generation of modern trams were Italian built Ansaldo Firema T-68/T-69‘s. Dating from the early 1990’s They have now all been withdrawn.

‘Metrolink’ the operator have replaced them with new Bombardier ‘Flexity Swift 5000 Light Rail Vehicles’ (trams to you and me).

84 units have been delivered and another 32 have been authorised to be delivered up to 2016. Costing £2,000,000 each they are fast, powerful and comfortable. The trams alone are worth the cost of the ‘Wayfarer’ ticket.

Seen at the ‘Eccles Interchange’ The bus station is just behind the tram to the right. The building to the left is a Morrisons supermarket that do quite reasonable food and drink.

Eccles, a suburb of Manchester is the home of the ‘Eccles cake’ which is still produced in the town and very tasty they are too. 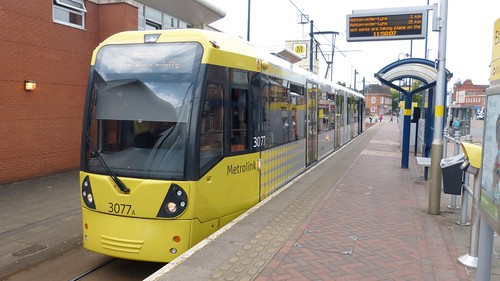 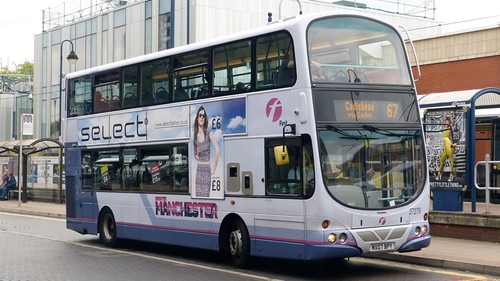 Another of the same but painted in the traditional ‘Salford City Transport’ livery.

‘First’ have adopted a policy of painting buses into the ‘Heritage’ liveries of the companies that now constitute ‘First Group’.

This is one of a number of ’retro’ liveries and ‘First’ are to be commended for introducing them. 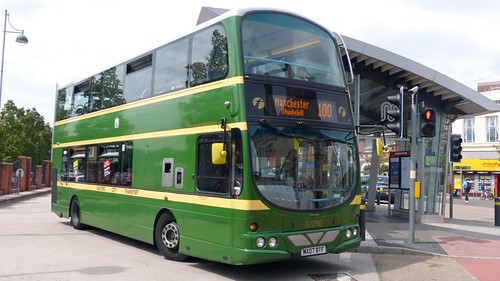 A Volvo B7RLE with Wright Eclipse Urban bodywork. Another ‘FM’ bus seen with Eccles bus station in the background. 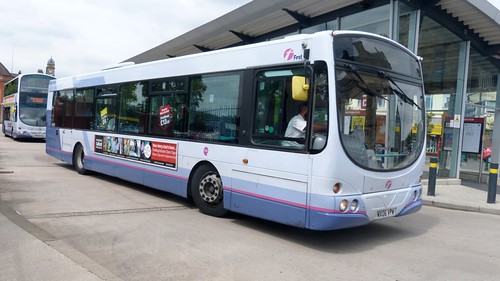 A Volvo B5LH with Wright Gemini 2 bodywork. The major difference between the Gemini 1 and 2  lies in the much shallower roof line which I believe is being produced exclusively for ‘Arriva’ at this stage. 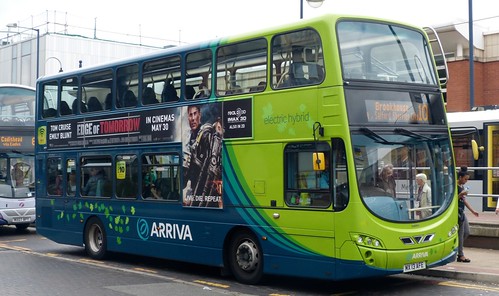 These last images are all taken with Eccles bus station in the background.

Another Volvo B7RLE with Wright Eclipse Urban bodywork working out of the Bolton depot. 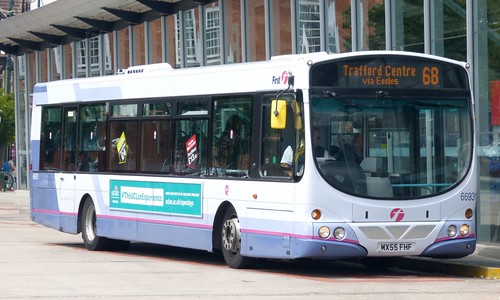 An Optare Solo working in what I consider the traditional (and in my view, the best) ‘Arriva’ livery working in the ‘Arriva North West’ fleet. 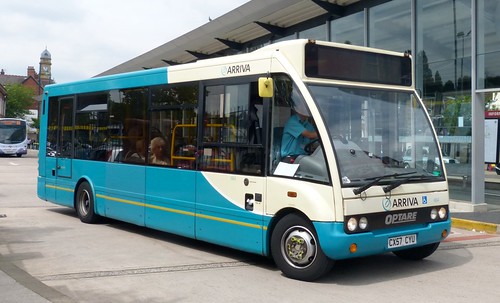 An Optare Versa Diesel Electric Hybrid which I believe is owned by ‘Transport for Greater Manchester’ but being operated by ‘FM’. 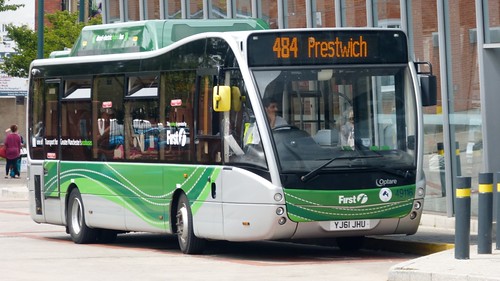 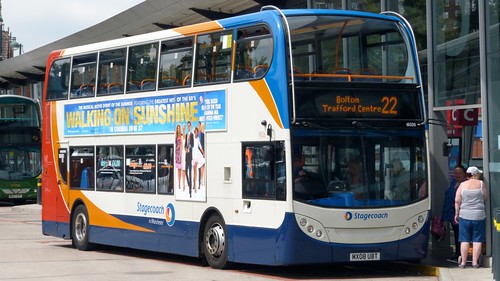 Posted by Dennis Basford's Rails, Roads and Runways at 11:53