I was familiar with the old Hanley bus station and I had not yet seen the new one that opened in 2013 so a visit was long overdue.

Although it was only a weekday, it seemed crowded and a driver told me to come back at tea time when it would be gridlocked.....!

However, I was only there to take pictures so here they are.

A Volvo B5RLH Hybrid bus with Wright Gemini bodywork operated by 'BakerBus' of Biddulph in Staffordshire.

One of three that must have been amongst the earliest hybrids of any description anywhere.

'Bakerbus' have a history dating back to the 1930's when James Baker started his chauffeured car service. Moving on to coach operation in 1967 and into local bus operation in 1990. The company today operates a fleet of around 70 vehicles. 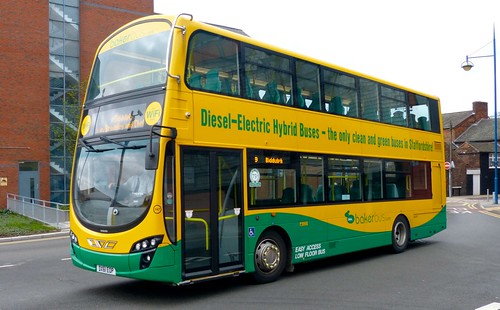 A Dennis Trident with Plaxton President bodywork. Although not carrying any titles or branding it is one more from the 'Bakerbus' fleet. Formerly operating with ‘Metroline’ in London. 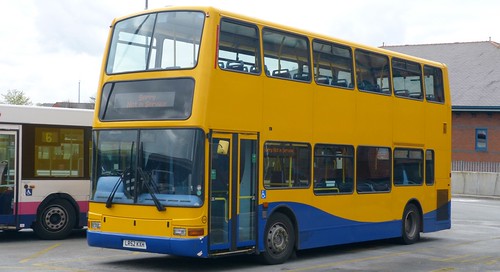 It was new to ‘Wardle Transport’ (Now part of ‘ Arriva’).

One of 2 buses ( the other is WT58 SOT) painted in this attractive plum and cream livery for the City of Stoke-on-Trent council funded service linking Hanley via the railway station to Trentham Lakes.

D&G was started in 1998 with services in Cheshire.

They are now based in Crewe but until 2011 also operated services in Staffordshire. Due allegedly to ‘subsidy cuts’ the Staffordshire operations were sold to ‘Wardle Transport’. 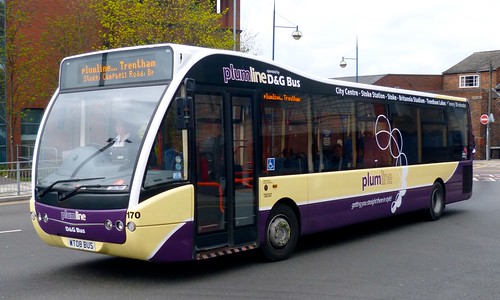 At one time it worked for ‘First’ in virtually the same livery except it carried ‘First’ titling instead of ‘D&G’ and was branded on the coving panel for route 76. 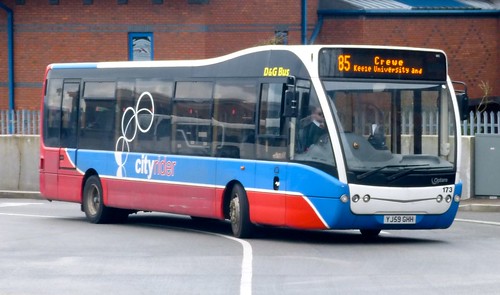 An Optare Solo working for ‘Bakerbus’ which at one time had a spell with ‘Thamesdown Transport’.

It has since moved on to ‘Tates’ of Barugh Green, South Yorkshire. 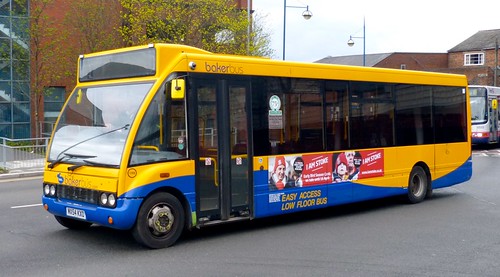 Based in Biddulph, Hollinsheads have a history going back to the 1920’s. 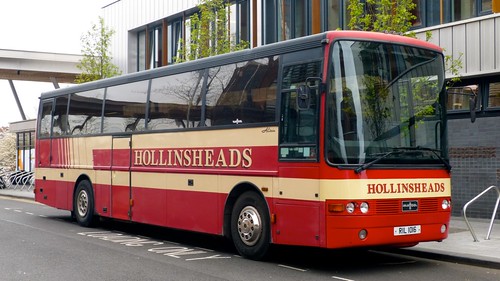 ‘Scraggs’ of Stoke-on- trent are another company with a long history going back sixty years or more. On the day, they were represented by.

An Optare Solo. Seen in ‘Cityrider’ livery, it worked for ‘Wardle Transport’ in this livery. It was new to ‘D&G Bus’ who sold it to ‘Arriva Midlands’ with the rest of the Staffordshire operation in 2011. It passed to ‘Scraggs’ in July 2013. 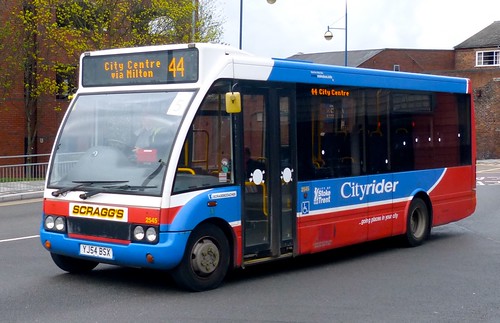 Plaxton’s Primo was never as successful as was anticipated. It originated as a low floor alternative to the high floor Mercedes-Benz mini buses such as the Vario.

Previously worked for ‘Munro’s of Jedburgh’. 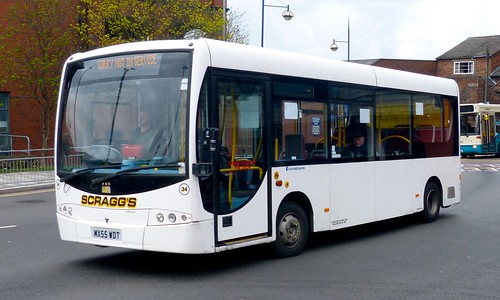 Another Primo that was originally registered YX55 DSE and was formerly with ‘Central Connect’ of Aston in Birmingham.

A Mercedes-Benz 814D/Plaxton Beaver 2 bodywork. A type of vehicle now in serious decline. 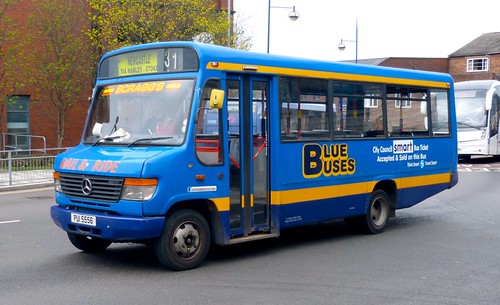 Posted by Dennis Basford's Rails, Roads and Runways at 21:53