This week has seen the launch of the new ‘trentbarton’ ‘rainbow1 and ‘rapid 1’ Optare Versa buses to the public (see my yesterday’s blog).

Today saw them launched into service.

The plan it seems was to start the day much as usual and gradually replace the Wright bodied Scanias and Volvo’s that have given such excellent service down the years during the course of the day.

All the images in this blog have been taken today so we start with a last look at how it used to be.

The rainbow 1 livery has always been a darker shade of blue than the rapid 1. 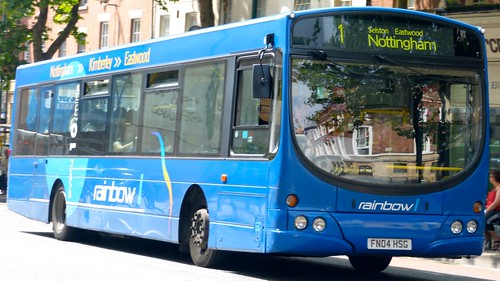 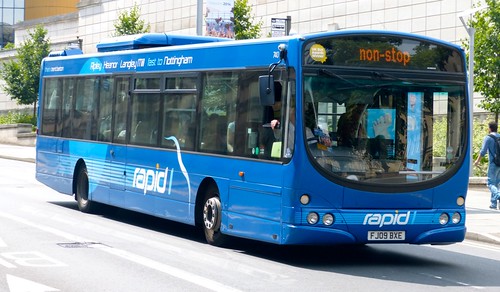 I was lucky enough to catch old and new together in Nottingham’s Victoria Bus Station where YJ14 BTE is passing one of the rapid 1 Volvos.

It is also interesting to note that ‘rainbow 1’ and ‘rapid 1’ have now become ‘rainbow one’ and 'rapid one’. 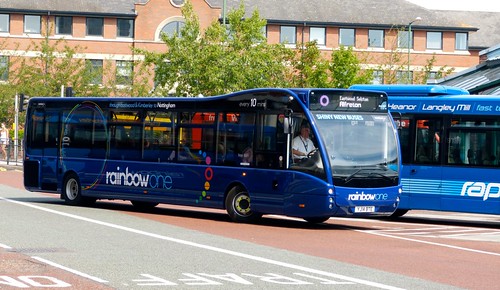 Later in the day in Heanor we see FN54 AEX passing YJ14 BUE as the former is replaced in service by the latter. No doubt FN54 will re emerge in weeks to come on some other service in the Wellglade empire. I hope so ! 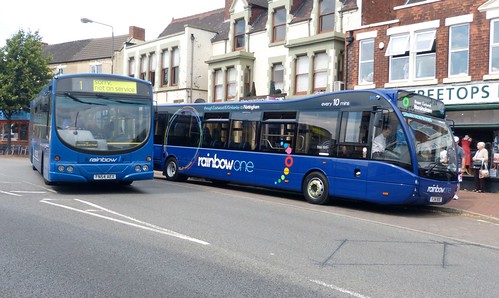 A chance to admire again the new rolling stock. 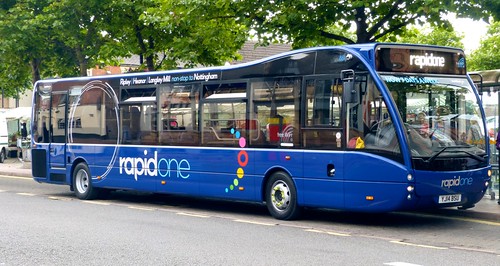 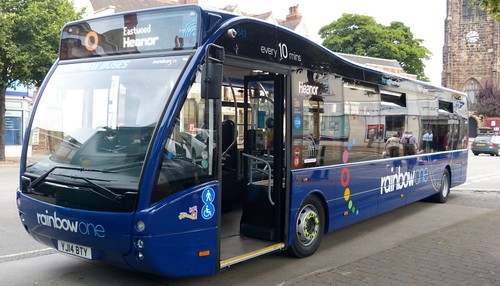 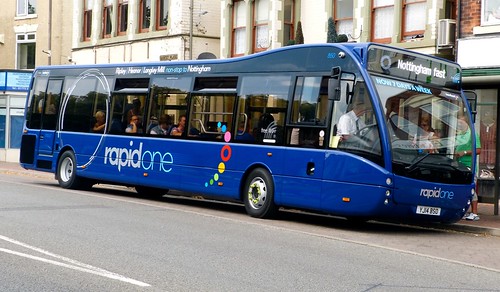 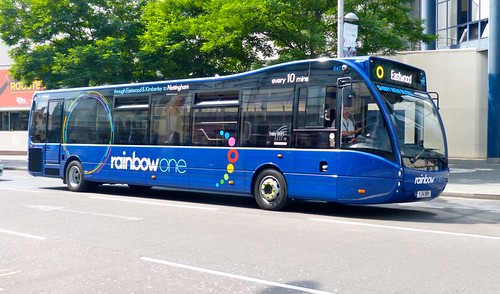 The sticker on the drivers cab door.

It would not be ‘trentbarton’ without a bit of humour on the engine bay doors. All you might notice directed at persuading car drivers onto the bus !! 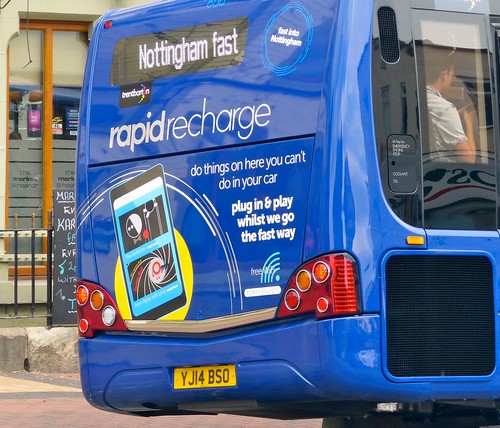 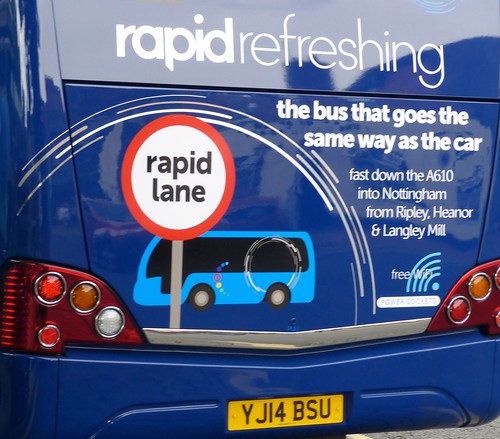 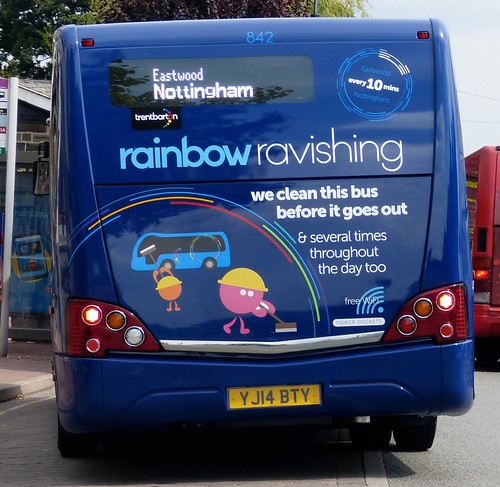 Posted by Dennis Basford's Rails, Roads and Runways at 19:28