What was ‘scene’ in Derby today was the demise of ‘yourbus’ (yb) ‘citylink’ service on the direct Derby to Nottingham route.

It had started on the 18th. of February 2013 challenging ‘trentbarton’ (tb) and the long established ‘red arrow’ service matching the six departures between Derby and Nottingham an hour.

Operated with low floor Mercedes-Benz Citaro’s. It seemed that ‘yb’ would entice many of ‘tb’s passengers that suffered from some form of disability or members of the baby buggy generation that sometimes struggled with ‘tb’s fleet of high floor coaches.

At that time, writing for the ‘Focus Transport’ website I said,

“trentbarton are not known for giving way easily, if at all. It will be very interesting in the coming weeks to see if, how and when they respond”.

To my eyes, there was little response. The odd fare deal maybe but ‘tb’s coaches came and went pretty much as they always had. There were more low floor Scania’s, the odd Volvo and the occasional Optare Solo turned up in service but that may have been because of operational necessity. It didn’t seemed to be planned.

‘tb’s passenger numbers seemed to hold up while ‘yb’s never seemed to take off.

It was interesting to watch the comings and goings of passengers in Derby bus station where the departure bays for ‘tb’ and ‘yb’ were adjacent to each other.

One day about a year ago, I watched a young woman with a double buggy, two small children and several bags of shopping make three journeys up the steps to put the children and the shopping onto a ‘tb’ coach and then to fold her buggy and put it in the luggage locker. At the next bay stood an almost empty ‘yb’ Citaro onto which she could have just walked without breaking stride.

I realised then that ‘yb’ were facing an up hill battle which was not helped when they reduced the frequency of the service to every 20 minutes.

It is hard to say where ‘yb’ went wrong. There was plenty of publicity, there were new buses. The drivers were helpful and courteous.

Would it have been better to start small and build the operation, Who knows?

‘yb’ might have fared better if they had extended the service North from Derby via Ripley and Alfreton to Chesterfield as ‘tb’ have always done. A lot of passengers travel to and from destinations along that corridor and anyone making the through journey to or from Nottingham were never likely to break their journey in Derby just to travel with ‘yb’.

I suspect that at the end of the day people are creatures of habit and the habit for years has been to use the ‘red arrow’.

There was the odd time that a ‘citylink’ branded bus turned up on another route and sadly during the last few weeks, buses ran without any branding at all.

In the past year or so ‘yb’ have expanded to operate many other routes in the East Midlands, It will be very interesting to see what their next moves are.

In the meantime, enjoy the images, for after today, they are a part of history. 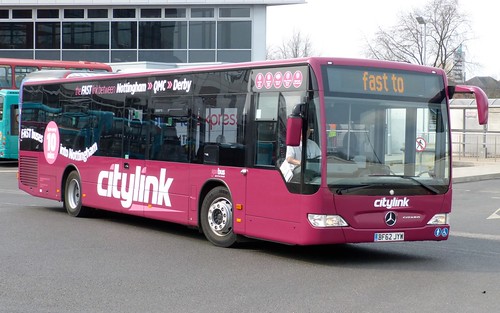 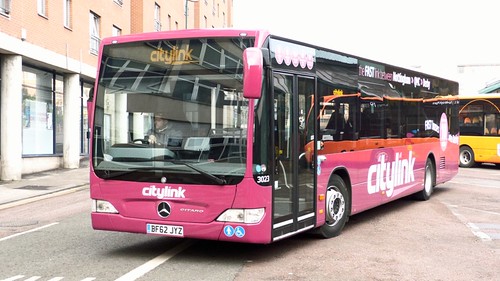 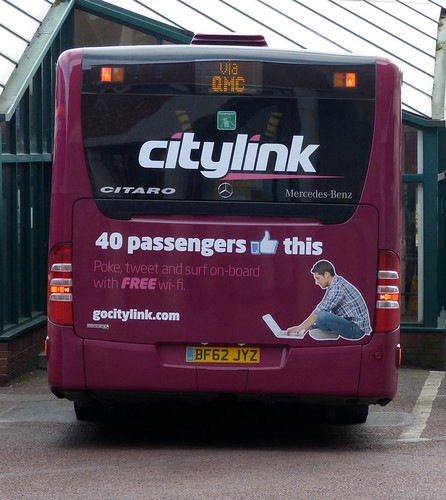 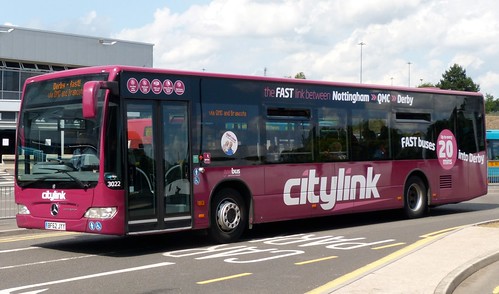 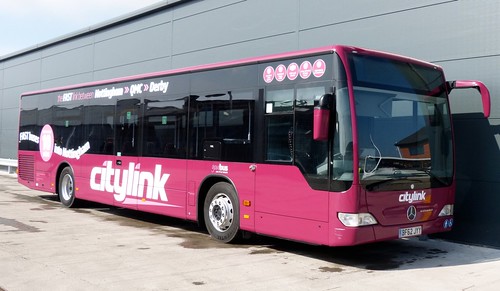 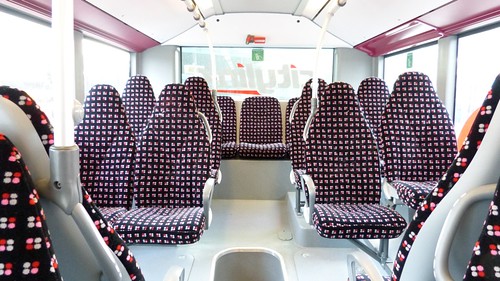 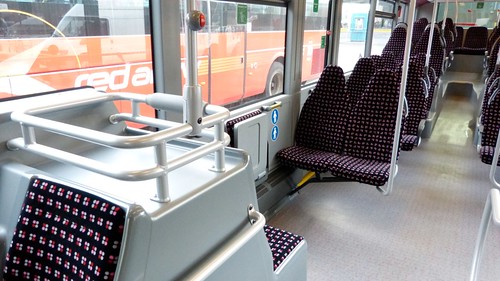 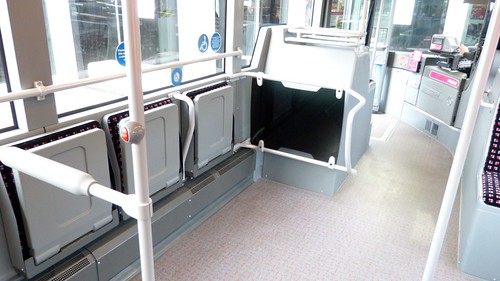 Posted by Dennis Basford's Rails, Roads and Runways at 12:39

Email ThisBlogThis!Share to TwitterShare to FacebookShare to Pinterest
Labels: 'citylink'