A poor day, ice, snow, rain and wind. It reminded me of a typical English summer’s day.

A visit to the Royal Derby Hospital saw me in and out of the bus station where most of this small selection ere seen.

The exception was this, seen in Ripley.

Normally, on ‘the sixes’, we get either route branded buses or spare fleet liveried substitutes so things must have been a bit desperate to send out this 20 year old.

Whatever the reason, well done ‘trentbarton’ (tb) for getting buses out at all in the conditions. The lady with the buggy no doubt was only to pleased to see any bus turn up.

Although she might have had difficulty getting it up the steps.....! 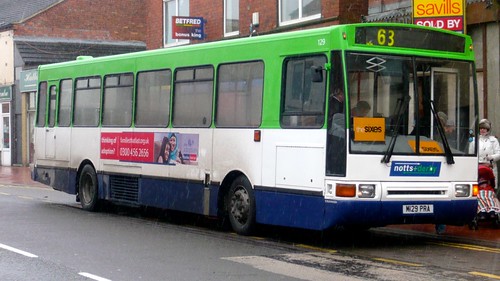 In Derby, again on ‘the sixes there was this Optare Solo. 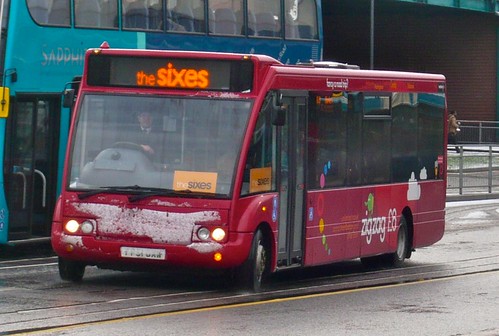 ‘tb’ have recently refreshed the buses in the ‘villager’ fleet serving Burton on Trent.

This was the first time I have seen one and I think the major change is the shade of yellow used.

It is a much richer shade than what has been used before bearing a strong resemblance to the shade used on ‘tb’s ‘the sixes’. 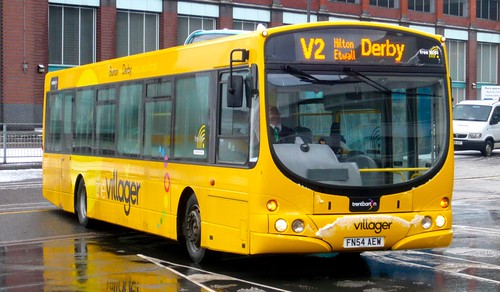 I think this is the same bus that was on display at Euro Bus Expo at the NEC in Novenber 2014. 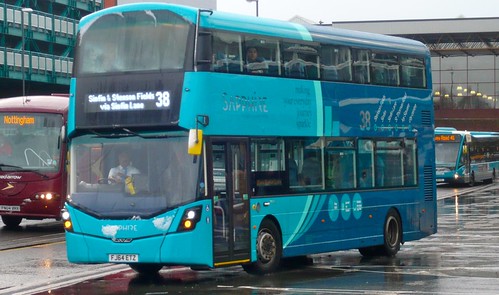 Posted by Dennis Basford's Rails, Roads and Runways at 17:28