This is my second visit to ‘The English Riviera’ in under a year so I will leave out ‘Stagecoach’ liveried vehicles which appeared substantially in the previous blog and concentrate on the smaller players on the transport scene.

The first 3 images could be sub titled ‘Topless in Torbay’ but that would probably be more in keeping in an edition of the ‘Sun’ newspaper.

However, topless, buses that is, there were.

A hastily snatched image of a Leyland PD2/3 with Leyland bodywork working for ‘Riviera Sightseeing Tours of Torquay’. It came from ‘Mardens Commercials’ of Benfleet in 2013 where it had been repainted.

Before that it had been part of the ‘London Bus Preservation Trust’ collection and prior to that it had worked in Southport. 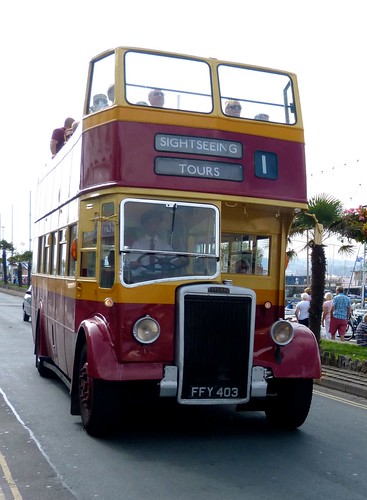 Only a glimpse I am afraid of another Leyland PD2. This time with Metro-Cammell bodywork.

Currently part of ‘Stagecoach South-West fleet it is finished in the ‘Devon General’ livery formerly applied to amongst others, the ‘Sea Dog’ convertible open top Leyland Atlanteans of 50 years ago. That is overall cream with two dark red bands.

Seen inside the workshop at the back of Paignton bus station. It was new in 1956 to ‘Portsmouth Corporation Transport’ and eventually it went to ‘Southdown’. From there it passed to ‘Transit Holdings’ and then on to ‘Bayline’ who became part of the ‘Stagecoach’ group. 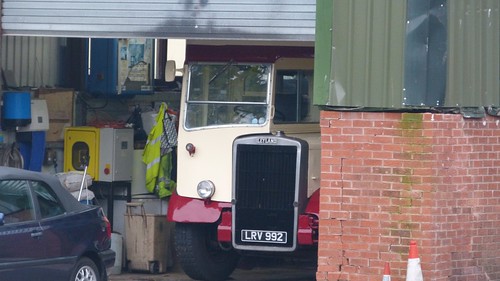 A Bristol VR with Eastern Coach works bodywork in the employment of ‘Rail River Link’ which feeds passengers from Paignton and Torquay into the River Dart cruising services that link Totnes with Dartmouth and Kingswear. 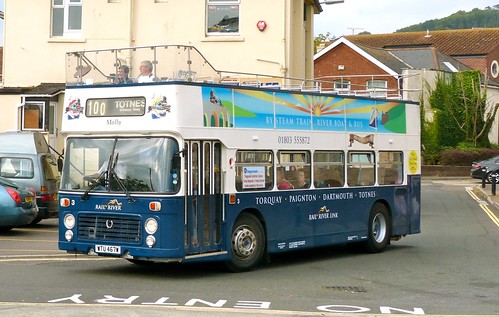 A Leyland Tiger PS1 with Barnaby B35F bodywork which dates from 1947 which makes it 68 years old.

It is used to transport visitors to the late Agatha Christie’s home called ‘Greenway House’ which sits high above the River Dart and is open to the public.

It was new to ‘Bullock’, Featherstone. 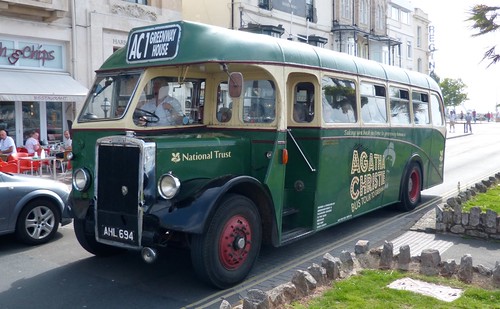 A Neoplan N2216SHD Tourliner working for ‘Buckleys Coaches’ of Doncaster. 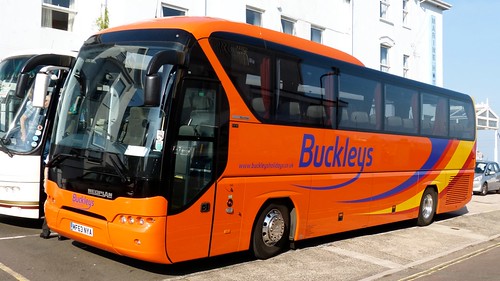 A Volvo B9R with Caetano Levante bodywork for use by ‘South Gloucestershire Bus & Coach' on 'National Express' services.

Most but not all of the ‘NatEx’ branding had been removed and it seemed to be setting passengers down in Torquay as any holiday touring coach might be expected to do. Possibly, it has been downgraded to such work. 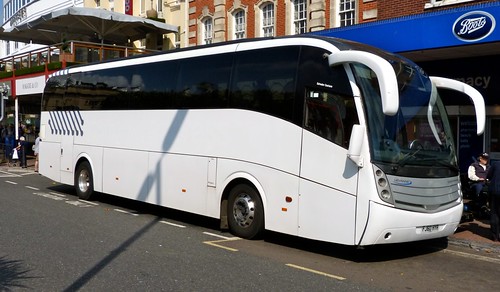 Like the open top VRT it is used on work that ties in with pleasure boat sailings on the River Dart.

Sorry about the picture quality but it was stood in deep shade with the sun behind it. 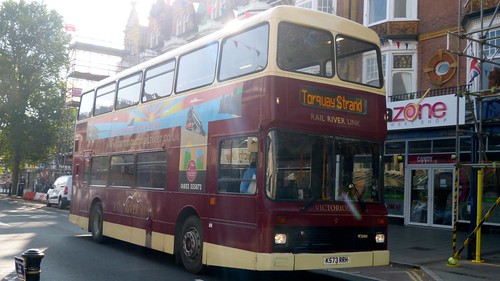 I love these ‘baby’ Optare Solo’s.

A model SE, it does not seem big enough to hold 24 seats. New to ‘Courtney’ for use on services in Windsor Great Park in an all white livery.

In 2012 it was sold to ‘Dial a Bus’ in Torquay for whom it initially ran in their dark blue and white ‘local link’ livery.

It has since gained this ‘Cockington Village’ service branded livery. 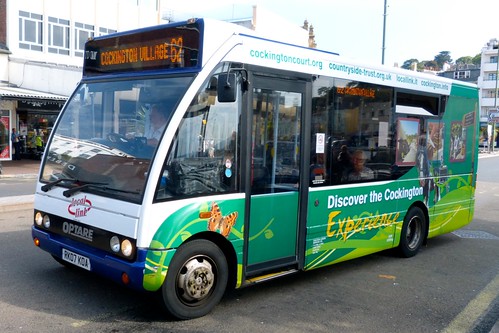 Another Solo operated by ’local link’. 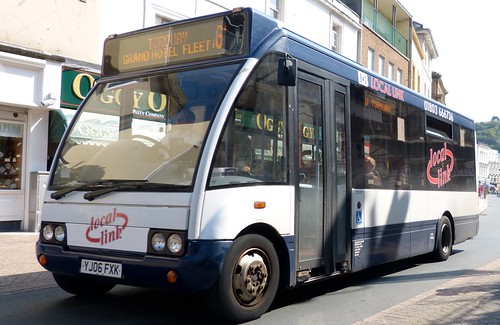 Another Optare Solo. New to ‘Reading Transport’ in 2000. Now working for ‘Country Bus’ and seen in Brixham. 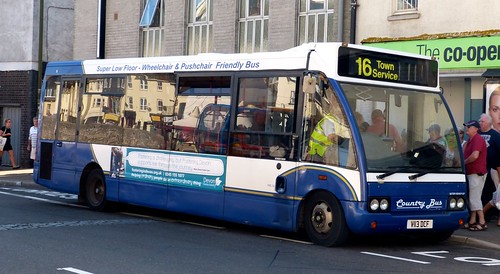 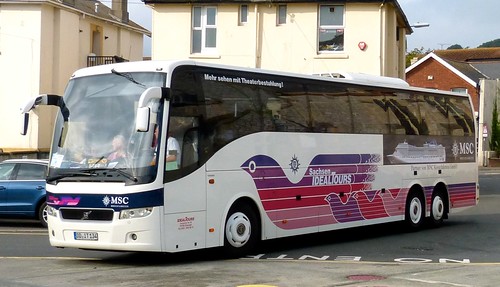 A Dennis Javelin with Plaxton Profile bodywork operated by ‘Silcox Coaches’  (SC) of Pembrokeshire. ‘SC’ are a long established business with operating centres at Pembroke Dock and Tenby in South Wales. 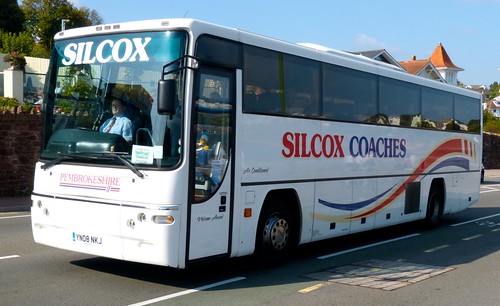 Further photos can be seen on my Flickr
Posted by Dennis Basford's Rails, Roads and Runways at 14:26