BoT is perhaps best known for beer brewing. Just off the A38. Burton has 3 bus major companies plying for trade. ‘Arriva’  the subject of this blog. ‘Midland Classic’ (see blog dated 17/12/2014) and ‘trentbarton’ who will have a turn later.

Apart from the buses Burton also lies on the railway line from Derby to Birmingham.The other watery connection is that the Trent and Mersey canal also runs through the town.

The last time I was in town (2 years ago) ‘Arriva’ seemed to have a lot of Optare Versa’s in service. This time there was the odd one but there seemed to be more ‘heavyweight’ buses around. Various Wright bodied DAF/VDL’s for example.

A VDL SB200 with Wright Pulsar 2 bodywork. Branded for the X38, a joint service with ‘trentbarton’ (tb) that links BoT with Derby. ‘tb’s share of the route is generally run with Optare Tempo’s. 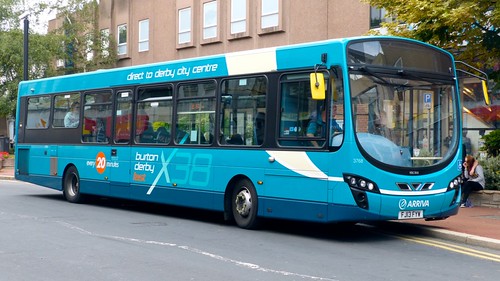 A Dennis Dart SLF with Alexander ALX 200 bodywork which was new to ‘Arriva’ in Derby. 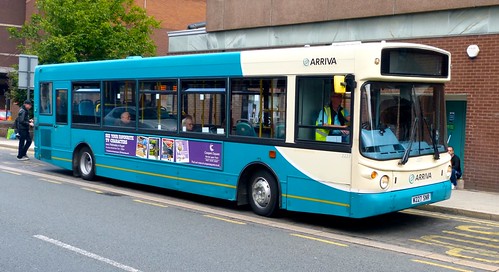 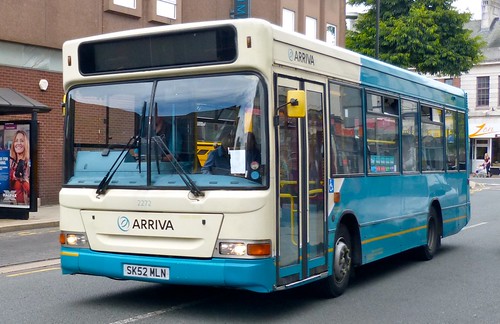 Another VDL SB200/Wright combination. Branded for the ‘BoT’- Leicester service which runs under a variety of route numbers.

Apparently, the bus leaves Burton going to Coalville where the number changes and the destination becomes Leicester. I suspect that it something to do with the licensing arrangements otherwise why not just refer to it as a Burton- Leicester service? 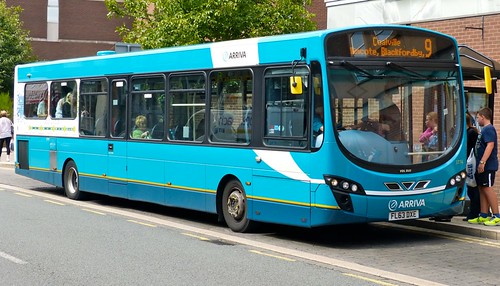 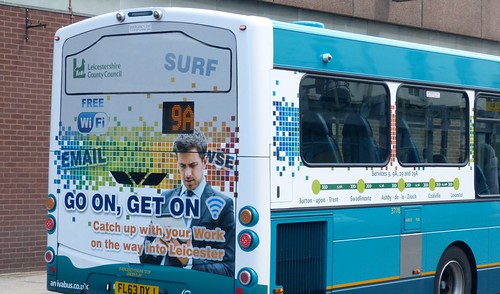 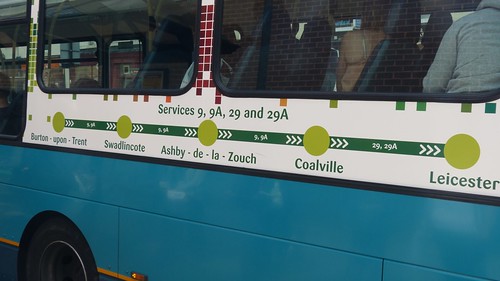 A Volvo B9TL with Wright Eclipse Gemini bodywork. it was new to Derby and transferred to Burton in 2013. 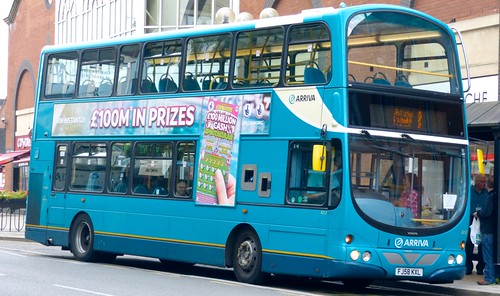 An Optare Versa V1110 that at one time worked on the X38 Burton-Derby service in full X38 branding. 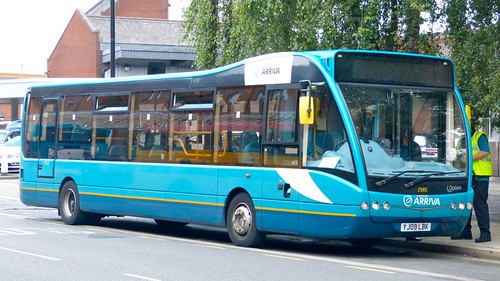 A DAF SB200 with Wright Commander bodywork. It was new to Wellington in Shropshire, coming to Burton in 2010.

One more of the VDL SB200/Wright combination. 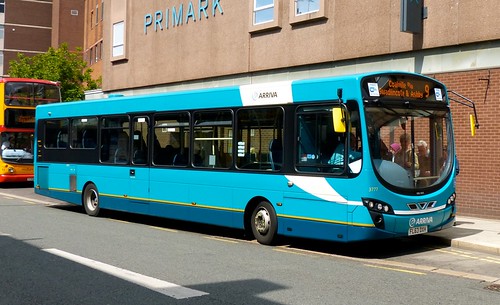 Another DAF SB200 with Wright Commander bodywork. Like NZU it was new to Wellington in Shropshire, coming to Burton in 2010. 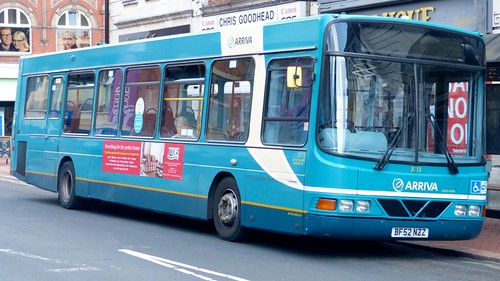 Yet another DAF SB200 with Wright Commander bodywork. It was new to Wellington in Shropshire, moving on to Coalville in 2011 and coming back to Burton in the same year. 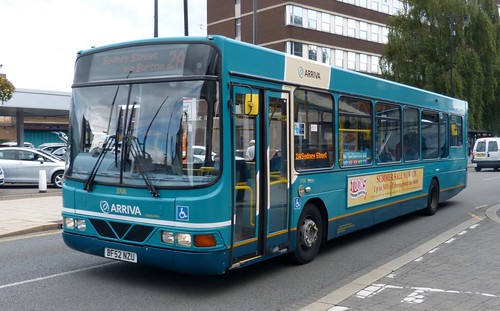 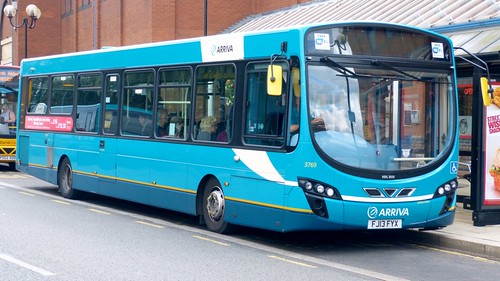 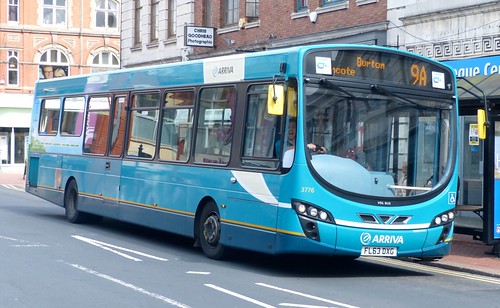 Posted by Dennis Basford's Rails, Roads and Runways at 15:03