BoT is perhaps best known for beer brewing. Just off the A38, Burton has 3 bus major companies plying for trade. ‘Midland Classic’ (MC) the subject of this blog. ‘Arriva Midlands’ and ‘trentbarton’ who will both have a turn later.

Apart from the buses Burton also lies on the railway line from Derby to Birmingham.The watery connection other than the river is the Trent and Mersey canal that also runs through the town.

Was founded in 2005 by James Boddice and operates mainly in the, BoT, Swadlincote and Lichfield areas with an express route the X12 running into the West Midlands to Sutton Coldfield.

In recent times the bulk of the single deck fleet has been built around Scania L94UB’s with Wright Solar bodies.

That may be about to change.

An Alexander Dennis Ltd. (ADL) Enviro 350 hybrid electric was in use on the day that I was there. An ‘ADL’ demonstrator it has done the rounds in recent times having visited ‘Centrebus’ in Leicester, ‘Cardiff Bus’, ‘Stagecoach in Yorkshire’, ‘First in York’ and local operator ‘trentbarton’ (tb) amongst others. This bus has since moved on.

Is a Former ‘ADL’ demonstrator. This time an Enviro 300 body on a Scania chassis. Again like the hybrid it has been around the operators including ‘MC’ and ‘tb’ again. 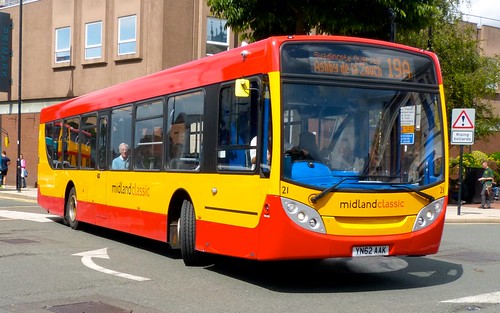 One of 5 Scania L94UB’s with Wright Solar bodies that came from ‘South Lancs Travel’ of Atherton in Greater Manchester. The others being S25 SLT, S26 SLT, S27 SLT and S200 SLT.

The registrations suffix rather giving away their origin.

Carrying branding for the X12 service to Sutton Coldfield via Lichfield. Note the wings motif on the route number. Underlining the service’s ‘Flyer’ status. 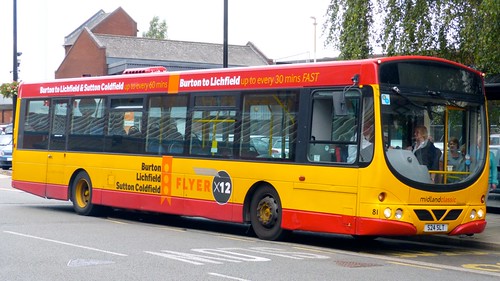 Some of the small double deck fleet have London origins with the ones pictured here being Dennis Trident 2’s with Alexander ALX400 bodywork.

Came from ‘Abellio’ together with KG306 KGW 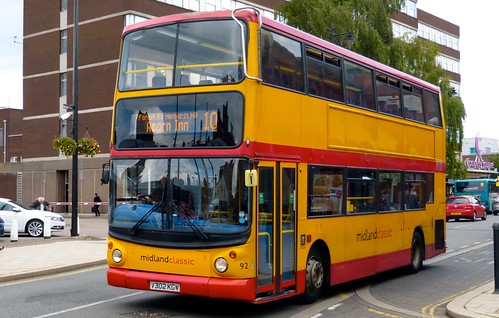 Came from ‘Stagecoach East London’ together with X264 NNO and X265 NNO. 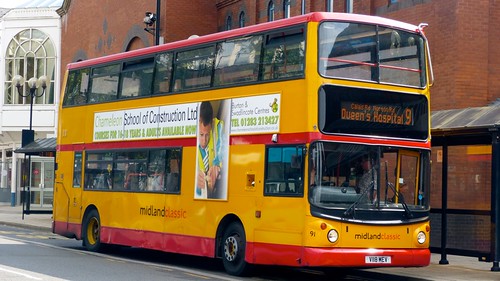 An Optare Solo that was previously with ‘Felix’ of Ilkeston. 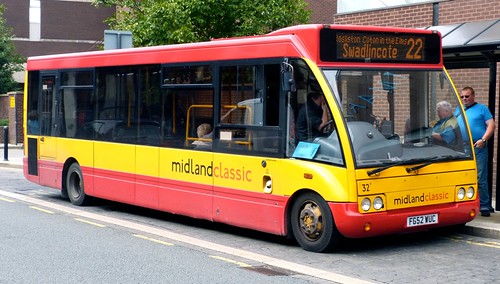 A further Optare Solo was with ‘Travelmaster’ in Manchester and before that with ‘RH Transport’ of Finstock in Oxfordshire. 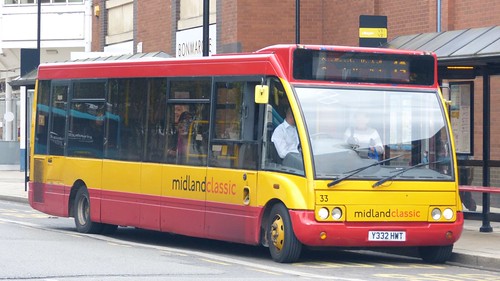 Is one of two Scania/Wright Solar buses that came from ‘Reading Transport’. The other being YN05 GXH. 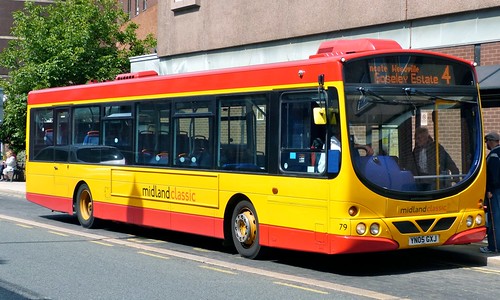 This elderly Scania L94UB with Wright Access-Flowline bodywork looks well in the sunshine.

It was new to ‘Ludlows’ in the Halesowen area of the West Midlands who were taken over by ‘Diamond Buses’ who in turn are part of the ‘Rotala’ group. 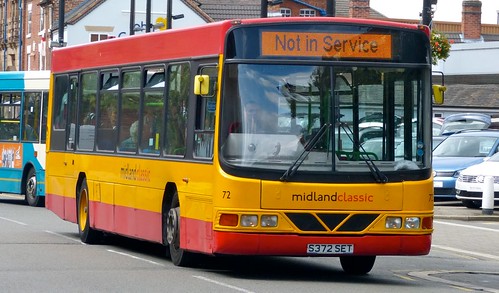 Another Scania L94UB with Wright Solar bodywork.. It arrived with similar YN04 ANX from ‘Beeston’ of Hadleigh in 2011. 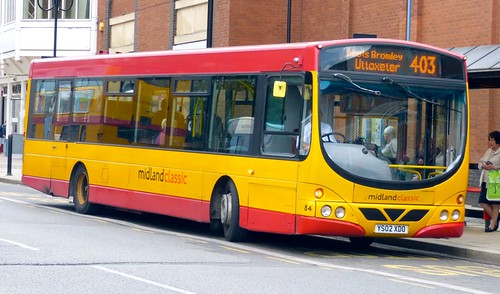 One more of the same which came from ‘Nottingham City Transport’ again in 2011. 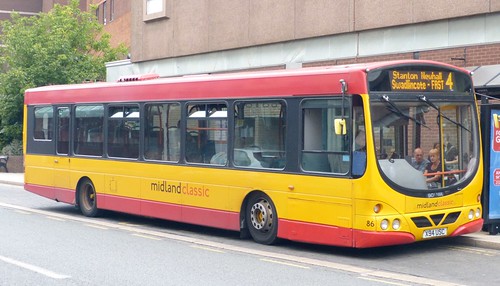 I have included this image of 796 USA (Formerly 168 CLT) for its interest.

This image was taken at the ‘trentbarton’ 100 years celebrations at Langley Mill depot in May 2013. 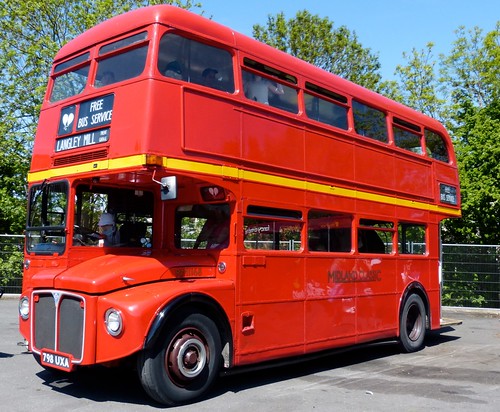 Posted by Dennis Basford's Rails, Roads and Runways at 19:31