Every year (at least for the past five years) 'London Midland Trains' (LMT) have offered a ticket promotion to coincide with the half term period in schools on and adjacent to their network.

The map and the details on it are fairly self explanatory. 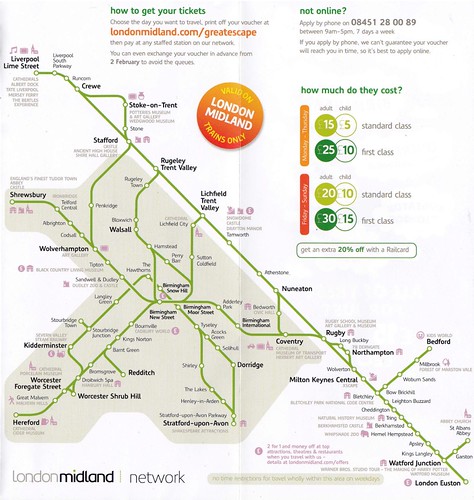 My son Andrew and I have been regular users of this excellent promotion enabling us to get to parts of the country that otherwise we might be denied us.

I have Andrew to thank for some of the details of unit identification and of the operating codes used in this blog.

By virtue of where we live in the East Midlands, our nearest access point is at Lichfield Trent Valley station (LTV) which lies on the West Coast Main Line.

There has been a railway station in Lichfield since 1847 but the station on the current site opened in 1871.

The solidly built station sign shows London to be 116 miles away, however the plan was to travel by ‘LMT’ to Birmingham and from there on to London Euston with a small diversion to Bedford from Bletchley. 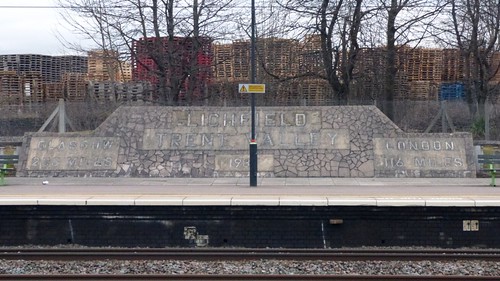 The Birmingham trains leave from the high level station at ‘LTV’ and are operated by Class 323 electric sets.

This being the second of 43 sets of 3 car suburban units delivered by Hunslet-Barclay in 1992-93. They were the last vehicles to be built by the company before it collapsed. 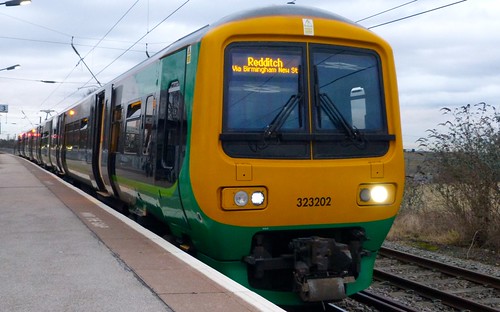 Birmingham New Street station is a gloomy place. Mainly roofed in with the odd burst of daylight, it’s not the sort of place I would want to spend a lot of time in. 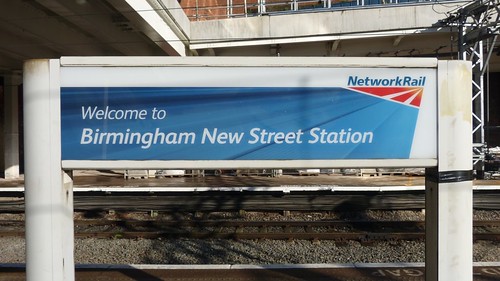 Also known as ‘Desiro’s and built by Siemens A.G. in Germany.

It is quite an experience to be running at high speed on a ‘Desiro’ to be overtaken by a ‘Pendolino’ going in the same direction which simply breezes past...! 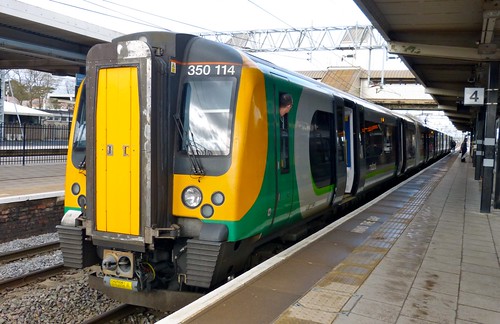 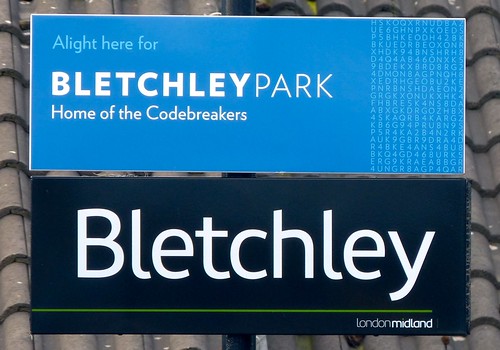 They were seen as being amongst the first ‘modern’ DMU’s and as such ‘saw off’ many of the older ‘Heritage’ DMU’s dating from the 1950’s and 60’s.

LMT ordered new Class 172’s in 2010 as replacements for many of its Class 150’s however a small number survives for such duties as the Bletchley-Bedford line. 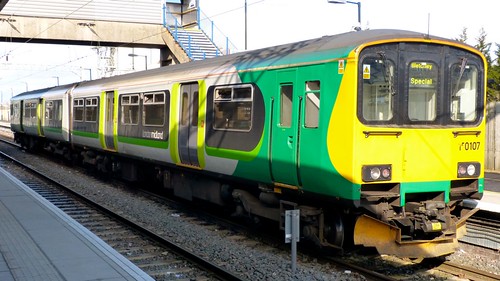 Bedford lies on the ‘Midland Mainline’ from Sheffield via Derby and Nottingham to London so it was fitting that an ‘East Midland Trains’ unit showed up briefly on the day. 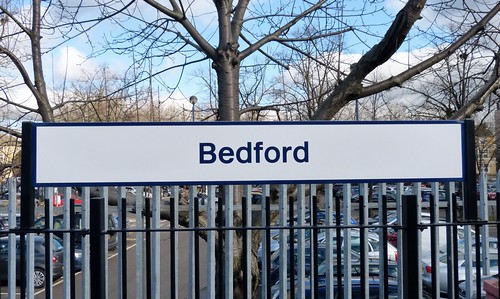 As with the similar Class 220 and 221 units built for ‘Virgin Trains’ as the ‘Voyager’, the 222’s were built in Belgium by Bombardier Transportation. The Class 222’s being known as ‘Meridians’ 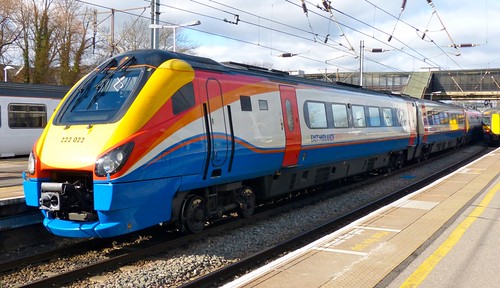 Also at Bedford was

Again built by Bombardier Transportation but this time at Derby. Known as the ‘Electrostar’, the class is the most numerous electric type of EMU in the current railway fleet.

‘Govia Thameslink’ for cross river work which was waiting to work service 1W33 back South to Brighton. 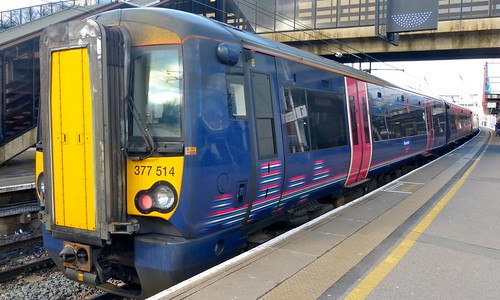 An earlier generation of EMU put in an appearance.

Built by ‘BREL’ at York and delivered in two tranches from 1987-88 and in 1990 for use on the then new cross London services.

They have appeared in a variety of liveries but at the moment carry this rather bland ‘Thameslink’ branding. 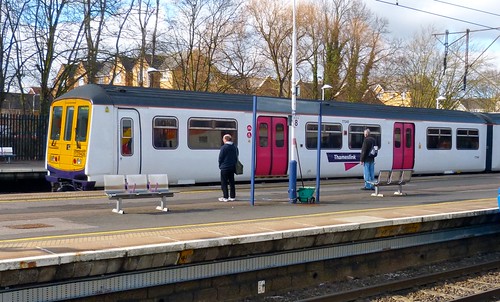 A snatched shot of a Harsco Track Technologies Plain Line Stoneblower track machine taken through the moving train window. It was in a stabling point to the West of Bedford station. 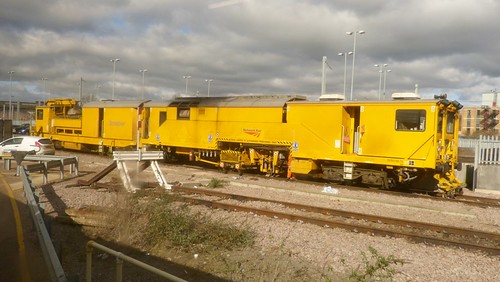 Back at Bletchley was another track machine. A Plasser & Theurer Switch & Crossing Tamper. 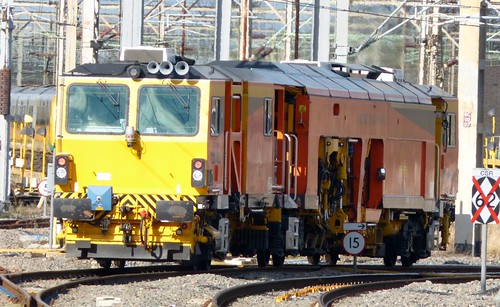 Another of the ‘Electrostar’ units this time working for ‘Southern’ arrived at Bletchley just before we left. This one was working service 2M33 from South Croydon and bound for Milton Keynes.

The sub class of 700’s are 8 sets that are dual voltage for working on cross London services. 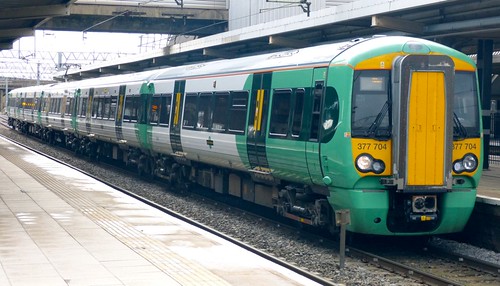 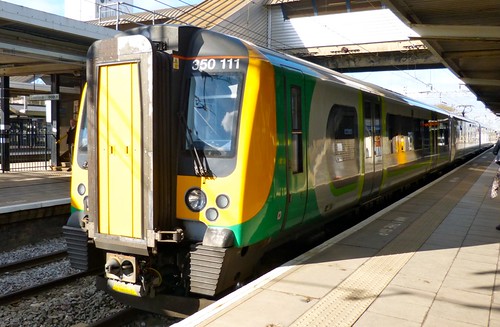 Originally built in in 1837 to a classical Roman inspired design which featured the famous ‘Doric Arch’.

The original was demolished in the 1960’s. An act at the time that was described in ‘Architectural Review’ as 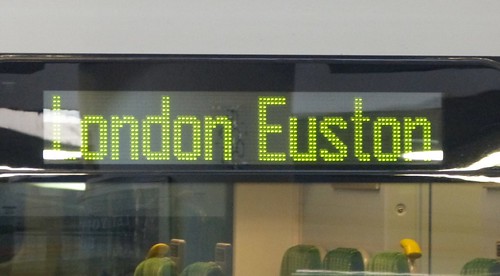 Known as the ‘Capitalstar’, it is development of Bombardier’s ‘Electrostar’ family.

Seen in the livery of ‘London Overground’ these units are unusual in that they have the same longitudinal seating arrangements that are fitted in ‘Underground’ trains. 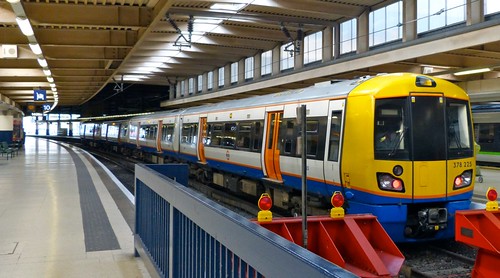 A further connection to 1837 is a statue which stands outside the station of Robert Stephenson who together with his father George, then the engineers of the ‘London & Birmingham Railway’ chose the site where the station stands today. 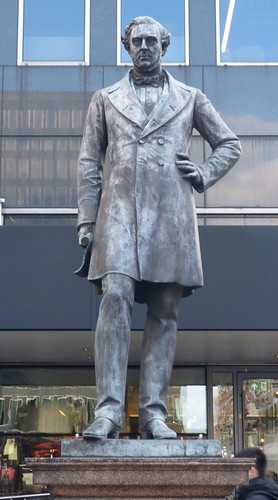 A further brush with important railway history is this memorial erected by the ‘London & North Western Railway’ company and employees in memory of the 3719 men employed by the railway who lost there lives in the First World War.

At least that survived the destruction of the 1960’s and rightly so. 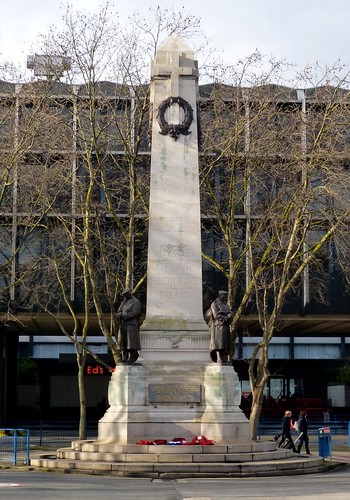 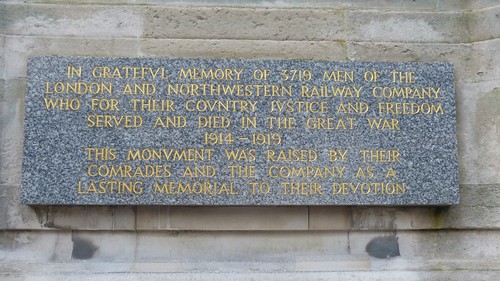 Finally another of ‘LMT’s Class 350’s delivers us back to ‘LTV’.

Another good day out over. 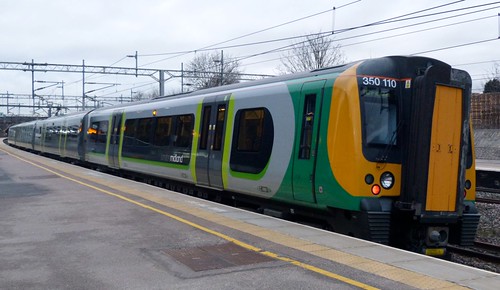 Posted by Dennis Basford's Rails, Roads and Runways at 19:56