A quick visit to Leicester produced the following images. All taken in and around St. Margarets Bus Station

A Volvo B10B with Alexander bodywork working for ‘Arriva’ as a training bus.

It started life in 1994 in the fleet of ‘Selby & District’, part of ‘Arriva Yorkshire’ for whom it worked until 2008. It was transferred to ‘Arriva Midlands’ who converted it into a trainer in 2012. 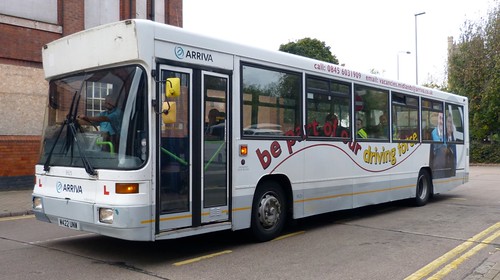 A DAF DB250 with East Lancs. bodywork now based in Leicester and prior to that at Wigston. However, I first knew the bus when it worked in Derby when new. 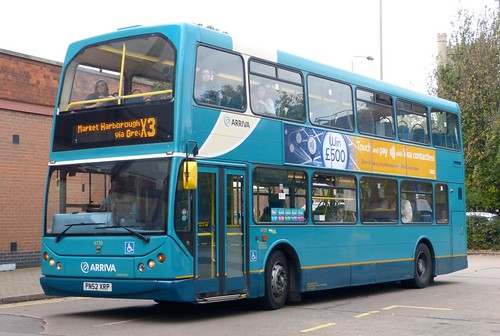 A VDL SB200 with Wright Pulsar bodywork. It carries branding over the rear panelling for the lengthy 29/29A service to Leicester from Burton on Trent.

It starts out from Burton as the 29 to Coalville where it is renumbered and its destination changes. All I presume, because of licensing requirements. 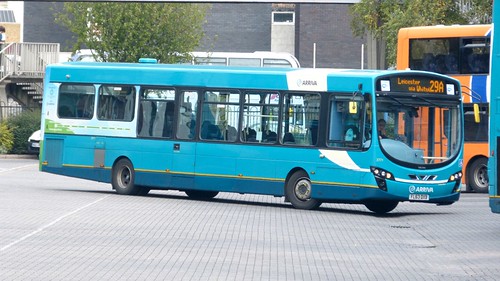 Wellglade group company ‘Kinchbus’ of Lougborough are replacing the Volvo B7RLE’s with Plaxton Centro bodies on the ‘skylink’ service from Derby to Leicester with new Mercedes-Benz Citaro’s. 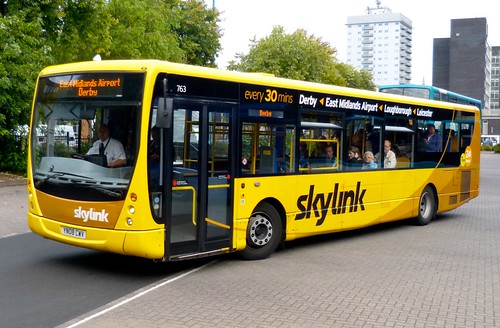 Whilst one of the same companies Scania L94UB’s with Wright Solar Eclipse bodies covers Leicester-Loughborough but by a more circuitous rout taking in Barrow on Soar, Sileby and Birstall. Branded as ‘Kinchbus’ route 2. 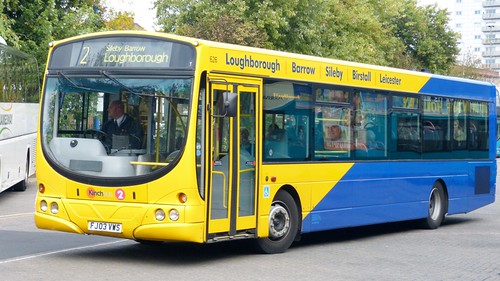 I have said it before and it bears repeating. What magnificent vehicles these are ! 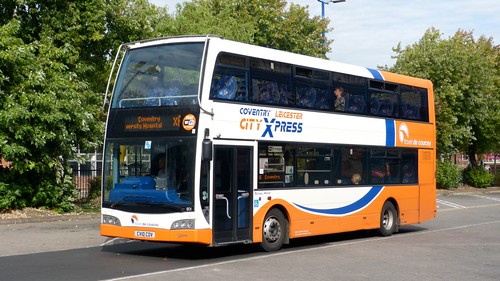 An Optare Solo of ‘Centrebus’ which still wears the basic livery of the ‘Connect Kettering’ livery that it wore when working there.

Prior to that, it was new to ‘United Counties’ part of the ‘Stagecoach’ group as its 47414. 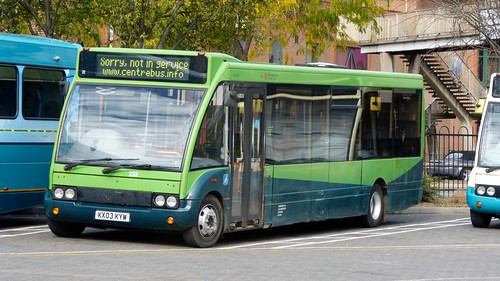 A Volvo B12B with Sunsundegui Sideral bodywork working for the Bournemouth based operator ‘Excelsior’.

According to the stickers in the windscreen it is working a ‘Nationa Express’ service to Southsea. 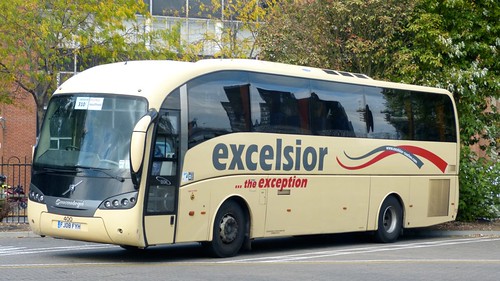 It seems unusual to see such a basic ’bus’ operating an express service to a town over 20 miles away. 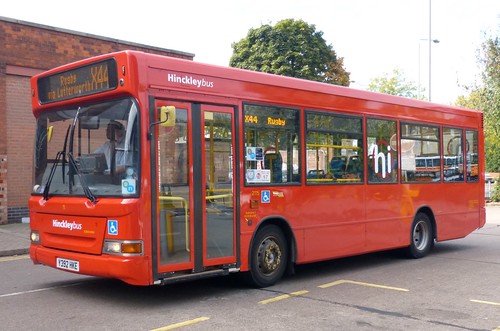 A VDL SB180 with MCV ‘evolution’ bodywork. Working for ‘Centrebus’ and branded for the Leicester- Uppingham service. 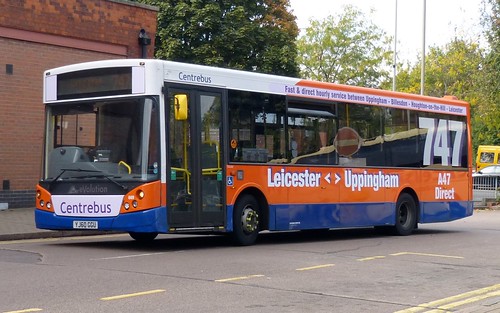 A VDL SDB250 with Wright Gemini Eclipse bodywork laying over between duties.

Branded as ‘Local Linx’ which it also used to carry across the top of the upstairs windscreen.

I wonder why it was removed ? 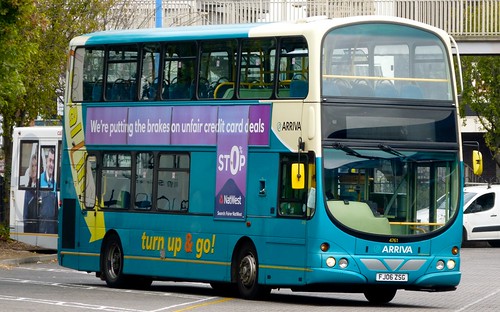 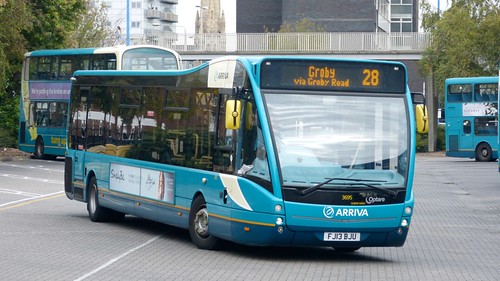 A DAF SB 250 with Alexander’s ALX 400 bodywork that was new to ‘Arriva London North’. 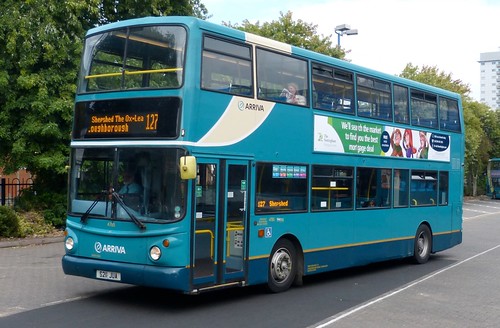 A Neoplan Tourliner N2216SHD of ‘Jamesway’ Travel. A Rugby based operator. 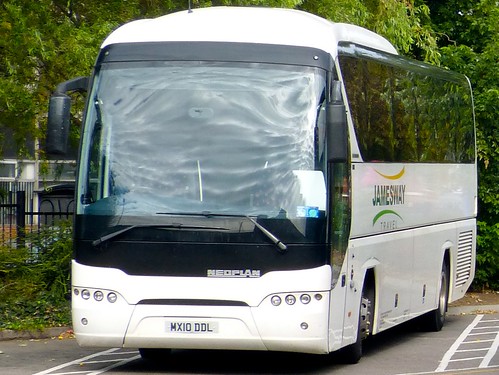 Another Wright Eclipse Gemini body. This time sitting on a Volvo B7TL chassis. When new it was registered LJ51 DFU to ‘Arriva London’.

I presume that the Irish registration is to make it look younger than it is. Although I can understand that being done with a coach but why would anyone do it for a bus ? 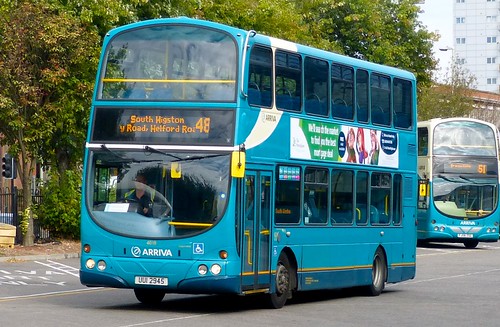 Posted by Dennis Basford's Rails, Roads and Runways at 15:08