I have been aware for some time that ‘TM Travel’ were to upgrade both the vehicles and the service on route 218 which runs from Sheffield to Matlock via Bakewell and Chatsworth House.

The service has been increased to half hourly for most of the day and four Scania L94UB’s with Wright Solar bodies have been transferred from fellow ‘Wellglade’ member ‘trentbarton’ for the purpose.

I was fortunate to catch ‘VXB’ this morning so here are a few images of it together with the ‘Peak Line 218’ medallion that adorns the front, back and sides. A nice touch.

I will miss the double deckers that were previously used on the service. The views from the top deck were magnificent....! 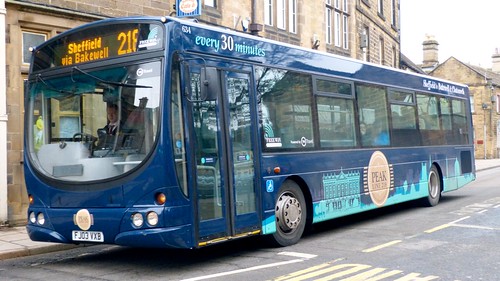 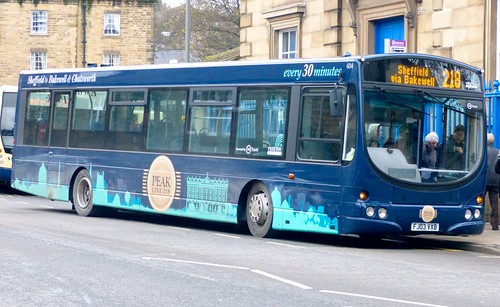 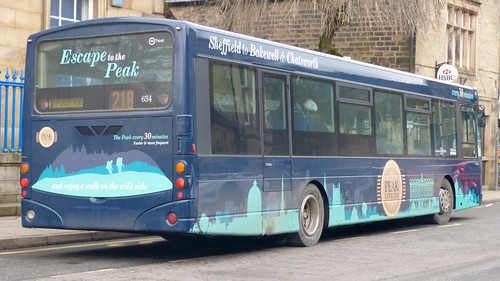 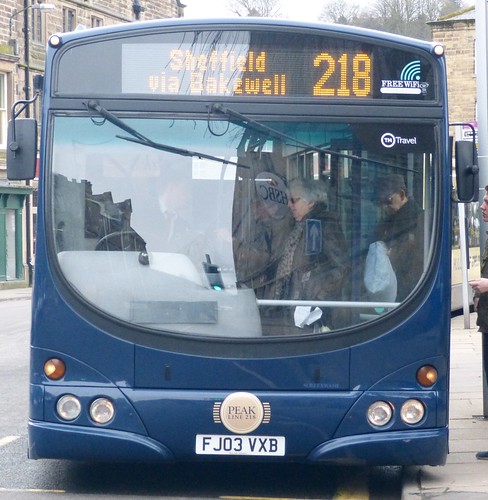 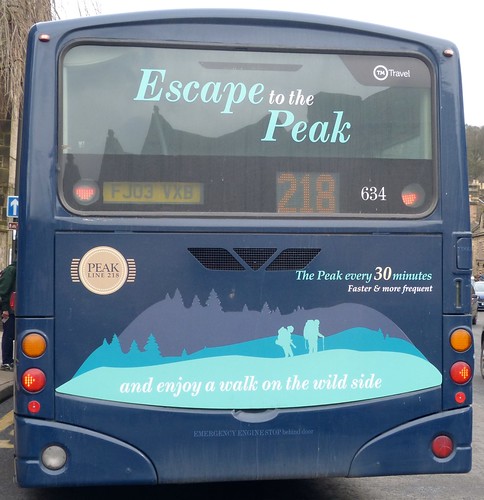 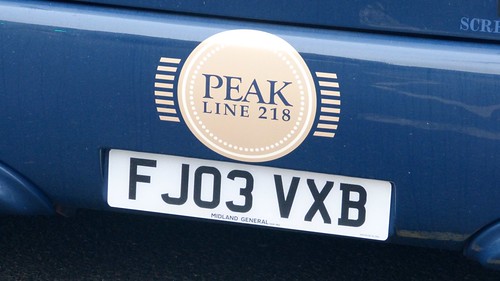 Posted by Dennis Basford's Rails, Roads and Runways at 19:12