It’s a couple of months since I visited Nottingham last so I thought I would start with what is new to me.

I appreciate that it may not be new to you but that inevitably is the way it is.....!

I start unusually with a tram, No. 209. I do not normally include trams but  this one at the Theatre Royal stop was sporting a livery that I had not ‘Scene’ before. 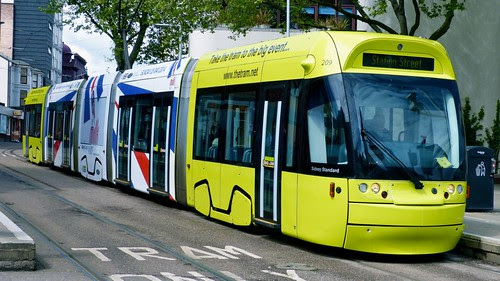 It is advertising the ‘Dairy Council’ sponsored ‘milk Race’ (I don’t know who thinks this is good use of English but no matter) which is visiting the city on Sunday 25th of May this year. 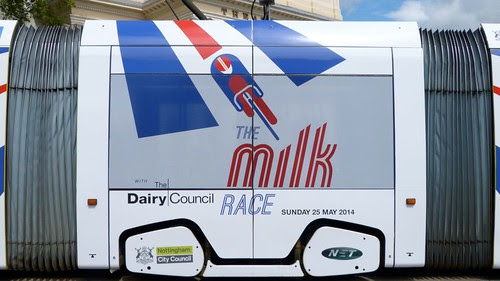 A Transbus Trident with Alexander ALX 400 formerly with 'London United' now with ‘Skills Coaches’. I had seen its mate SN53 EUT previously but not this one. 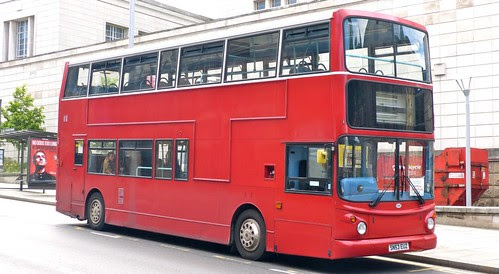 This Scania/Wright Solar was previously with ‘Reading Transport’ and is now with ‘AOT Coaches’. It is pictured working the No.8 Hucknall-Nottingham route. 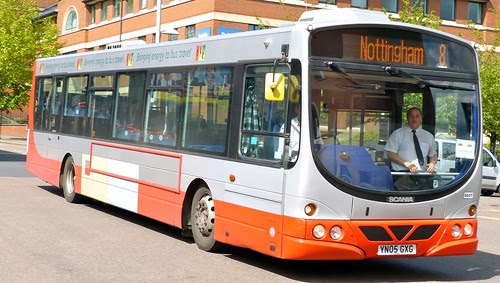 A Mercedes-Benz Sprinter based minibus which I think is part of ‘Nottingham Community Transport’s Fleet’. I have seen many of these carrying ‘Locallink’ branding but I cannot recall the ‘infolink’ wording before. Then again it may just be me...! 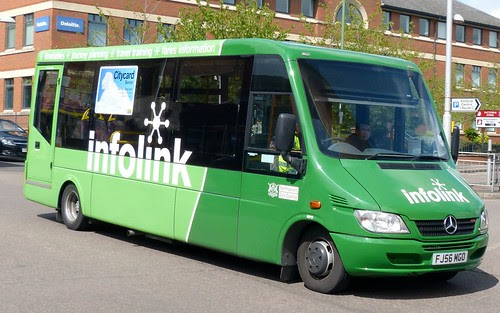 I appreciate that advertising on the side of buses helps the finances of many bus companies but I have always felt that the advert sometimes defaces what otherwise is an attractive livery.

That being so, I present this small selection where fortunately, there are no adverts to be seen. 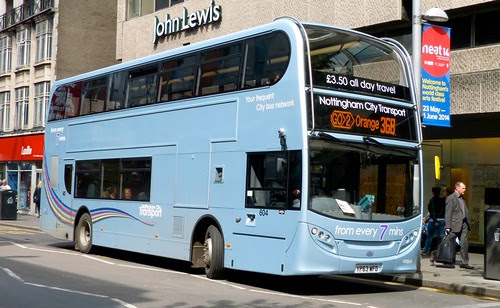 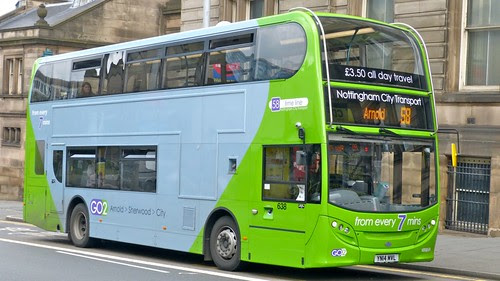 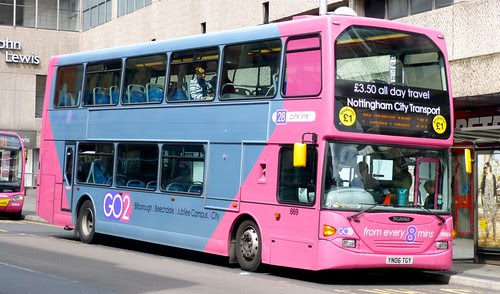 A trio of Alexander Dennis Dart’s with Enviro 200 bodies. 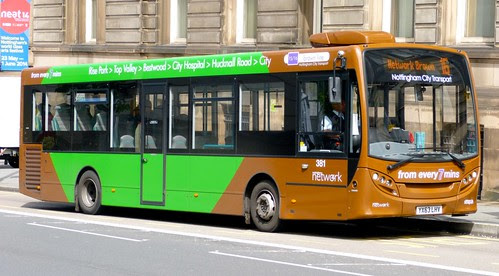 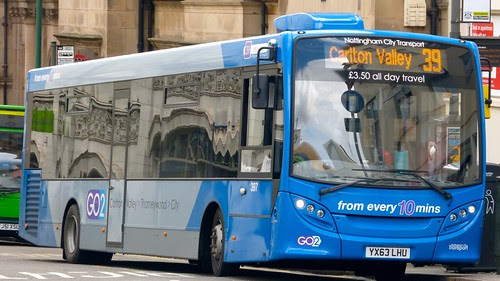 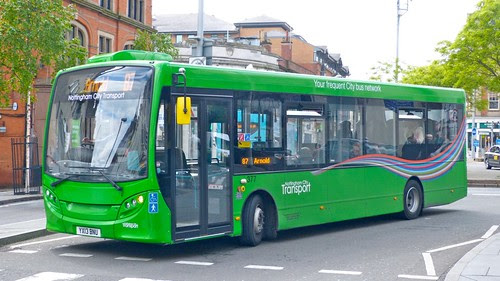 Posted by Dennis Basford's Rails, Roads and Runways at 20:06