I have been attending these shows for some years now and I am always impressed with the effort that manufacturers put into their products.

I will not attempt to cover the show in any great detail. That has and will be done by the professional magazines. Instead, I will focus on the bits that appealed to me.

I discovered the buses produced by the Spanish coachbuilder Irizar well over 20 years ago on a holiday in Majorca when they were virtually unknown in the UK.

I have followed the companies fortunes ever since and seeing as my local operator ‘trentbarton’ have a number in service, albeit all coaches, I have spent many an hour in their company.

So the appearance of an Irizar bus in the outside display area demanded further investigation.

The vehicles are generally parked up tight to each other for at the NEC, space costs money. So getting suitable images of the bus, The Irizar i3 were not easy. 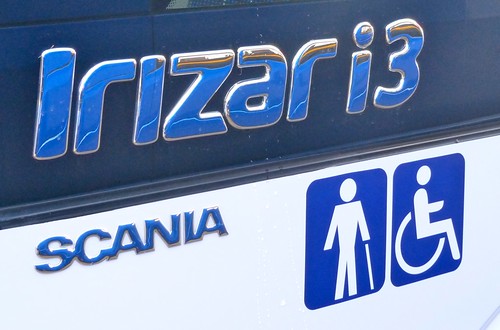 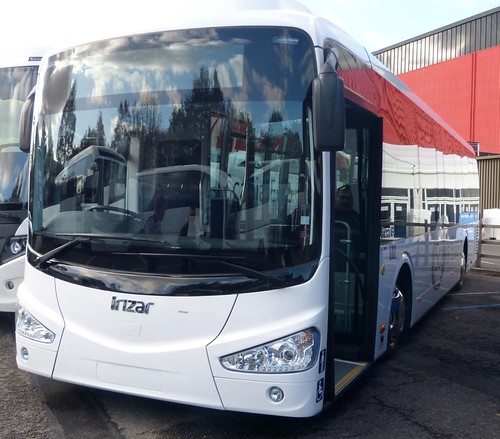 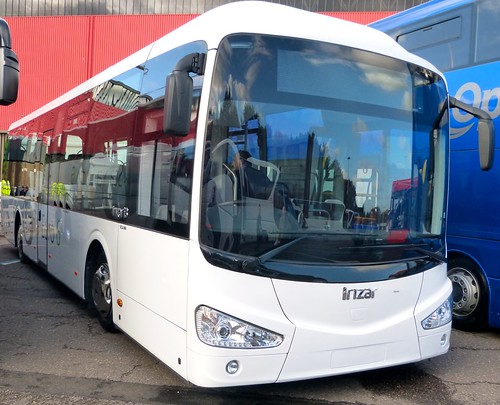 The door was open so a walk inside was called for.

What I had not expected was the seating arrangements which were tiered in what I think is called ‘theatre style’ which should give everyone a good forward view.

I have seen this done before on coaches in Germany built by a coachbuilder called ‘Drogmoller’ but I think that it is the first time I have seen it on a bus. 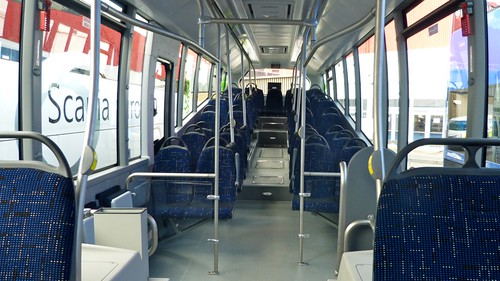 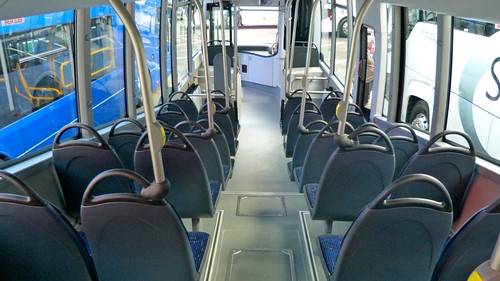 Posted by Dennis Basford's Rails, Roads and Runways at 14:53

Email ThisBlogThis!Share to TwitterShare to FacebookShare to Pinterest
Labels: Irizar i3