Whilst in Keighley, West Yorkshire on other business recently I had an hour to kill so it was off to the bus station.

‘Transdev in Keighley’ (TiK) are the major operator in town operating out of a modern bus station that presents a few challenges when it comes to photography.

The buses themselves were clean and tidy and considering that it was early in the afternoon appeared to be doing a steady trade.

A Volvo B7TL with Plaxton President bodywork that has not always been with ‘TiK’ having spent some time with another ‘Transdev’ operation that of ‘Yorkshire Coastliner’. (TYC)

The ‘Coastliner’ is an arduous series of routes running from Leeds to the Yorkshire Coast resorts of Whitby, Scarborough and Bridlington.

I travelled on the Scarborough service a couple of years ago and it is a superb journey. If you get the chance, do it !! 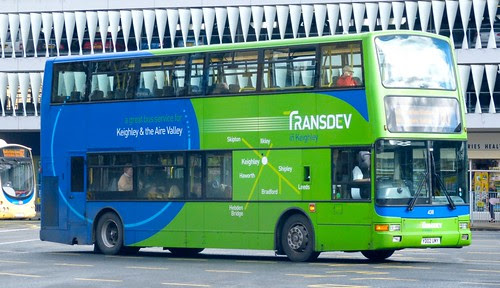 Another Plaxton President bodied Volvo B7TL with ‘TiK’ and another transferee.

This time having been with ‘Transdev Lancashire United’ (TLU) on its route branded ‘The Witch Way’ in the Burnley area. 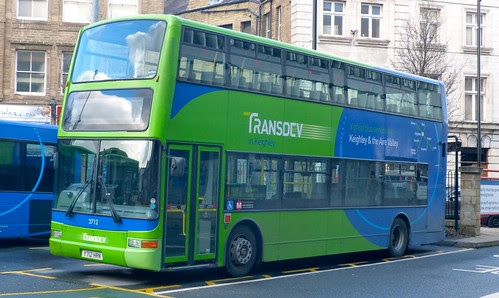 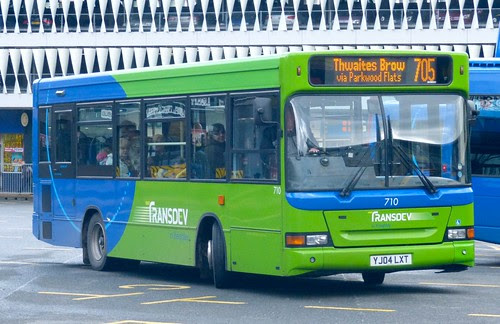 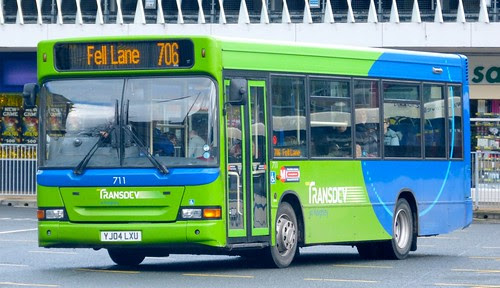 Another ‘Transdev’ bus this time in the livery of the ‘Shuttle’ which runs from Keighley to Bradford. 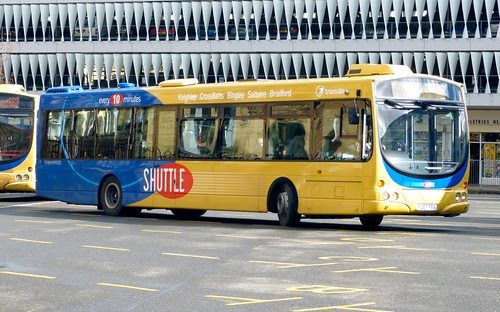 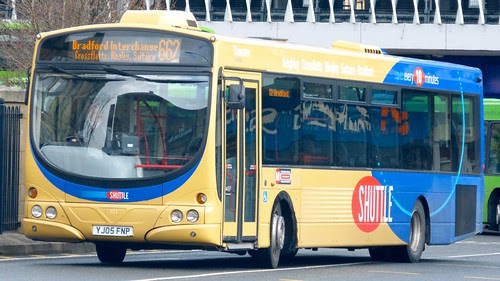 What a magnificent vehicle this is.

Another ‘Transdev’ group bus this time from the ‘Burnley and Pendle’ operation.

At one time this and the other fourteen buses of its kind were liveried for the ‘Witch Way’ an express service that runs from Nelson in Lancashire to Manchester.

All of them carried names of alleged witches who lived in the ‘Pendle Hill’ area.

‘Mainline’ is another ‘Transdev’ brand. 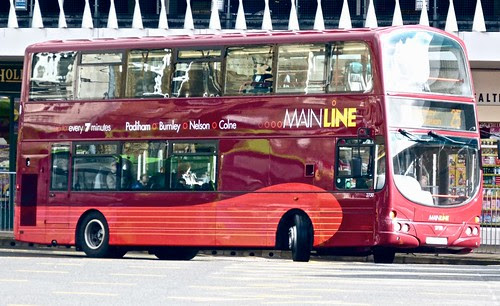 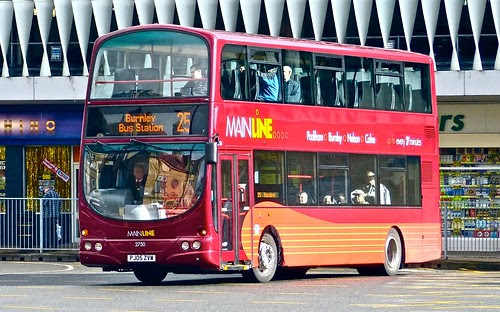 I have made the point before that the Wright single deck body has not been subject to major change or re styling for many years.

There have of course been slight changes which have been incorporated from time to time.

The benefit to the operator is that because the buses look very similar to each other that the oldest buses look as modern as the newest.

Only the number plate gives away the age of a vehicle to the public and I think that as long as a bus is presentable, clean, comfortable, warm and on time that is all that most of the public wants. 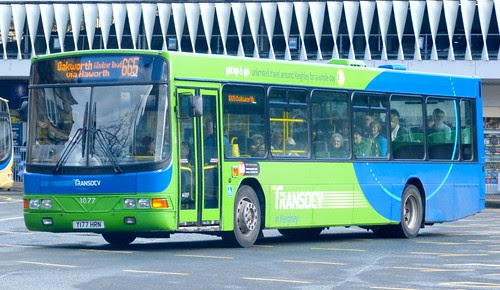 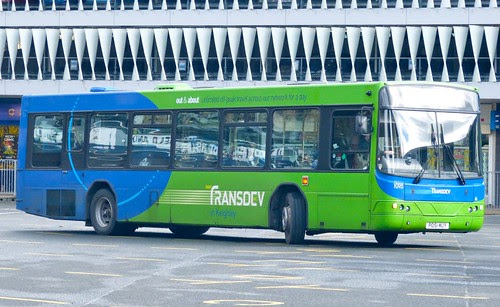 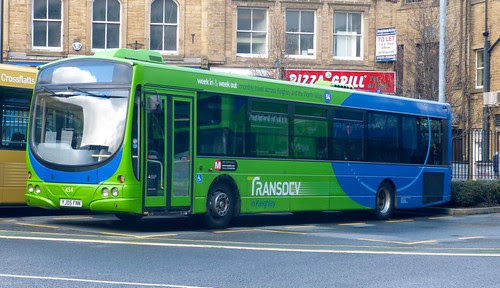 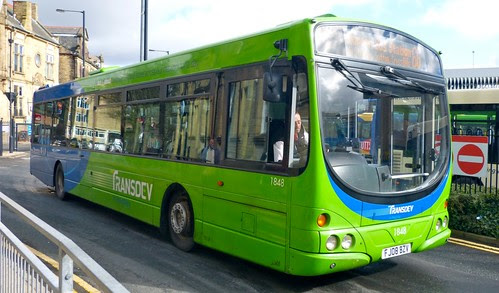 In these four buses there are 2 VolvoB10 BLE’s with Wright Renown bodywork both ex ‘Transdev Lancashire United’.

A Volvo B7RLE with Wright’s Eclipse Urban body which is ex ‘Transdev Yorkshire Coastliner’ and another B7RLE/Wright Eclipse Urban.

Four different but similar buses from different backgrounds that blend very well together into everyday operation.

A Volvo B10BLE with Wright Renown bodywork. Another bus from the ‘Transdev Burnley & Pendle’ fleet. 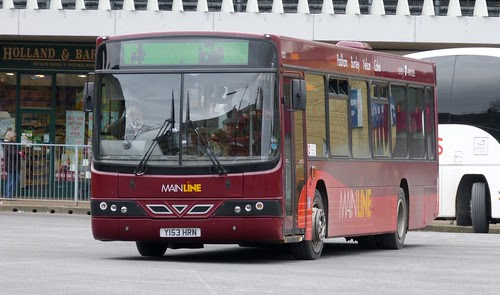 This was the only bus I saw that wasn’t owned by one of the ‘Transdev’ group company’s being owned my ‘TLC travel’ of Bradford. 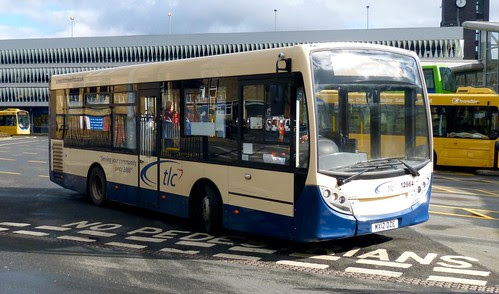 Posted by Dennis Basford's Rails, Roads and Runways at 13:10